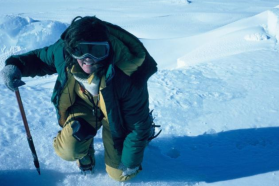 Professor Pat Langhorne officially retired from the University of Otago on 8 August 2020. Professor Langhorne’s research and publications on the role of sea ice in the changing climate are often the definitive work in sea ice physics sub-fields. She has supervised 22 PhD and MSc students and numerous honours students, and has many highly-respected international collaborators. Undergraduates who have had the privilege of being lectured by Pat use glowing terms to describe her ability to inspire them and to communicate the most complex of problems in understandable ways.

During her career, Professor Langhorne organized international ice conferences, edited scientific journals, and led and contributed to the work of many international committees. Her scientific achievements have been recognized internationally and locally, winning the 2016 International Association of Hydro-Environment Research and Engineering (IAHR) Ice Research and Engineering Award and being awarded the New Zealand Antarctic Medal in 2019. When Pat retires, she will be sorely missed by her students, colleagues and collaborators. We wish her all the best for her retirement.

Photograph: Pat Langhorne in Antarctica in 1985 (Photo by Vernon Squire)

For an interview with Professor Pat Langhorne