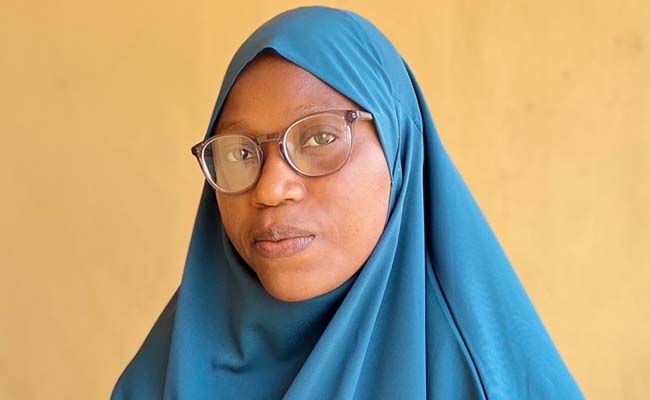 Aminat Razaq hopes to use her knowledge gained at Otago to encourage more renewable energy use in Nigeria.

It’s a big change going from constant blackouts to 24-hour electricity, but Aminat Razaq hopes it will be one that comes soon for Nigeria.

Aminat, who hails from Ago-Iwoye, Nigeria, is graduating in absentia from Otago on 15 December with a Master of Science in Energy Science and Technology.

She already had a dedication to enhancing the use of renewable energy in her home country while studying as an undergraduate at Ladoke Akintola University of Technology. However, she wanted to find a country where she could get some hands-on application of renewable energy.

“All my life I’ve basically been in a male-dominated field. For my undergraduate degree I studied electrical engineering, majoring in power. So, that already put me in a light to how can we better electrical systems in Nigeria because in Nigeria ever since I’ve been born, we’ve never had 24-hours of power.

“Being a country in Africa we have an abundance of solar energy.”

Aminat looked up countries where renewable energy was being used and New Zealand was on the list. She then looked at her own finances and realised she would need to save up to pursue her master’s.

In the meantime, she was married, and the couple tried to conceive. However, after a while they had not been successful and Aminat decided she may as well make the wait worth it by completing her master’s.

Aminat was awarded a Manaaki New Zealand Scholarship from the Ministry of Foreign Affairs and Trade and completed a Postgraduate Diploma in Science in 2019, before beginning her master’s.

“The scholarship was all about giving people from developing countries the opportunity to learn and apply it back in their country.”

For Aminat that’s all about providing clean, renewable energy to the people of Nigeria.

“Mostly for every house we have fuel generators. As I’m speaking to you now, I’m running a fuel generator. It’s very bad when we can have solar power. I think people are now getting more aware of the benefit of solar energy.”

The research aimed to assess the storage potential of hot water cylinders in microgrids comprised of clusters of 19 households with solar photovoltaic supply. It found the cylinders needed 37-78 per cent less battery capacity for the same percentage of self-sufficiency.

Aminat was supervised by Associate Professor Michael Jack, the Co-Director of the Otago Energy Research Centre.

“He made me believe I could do so many things. I came out as a better person. He believed so much that I could do it.”

Aminat is now back in Lagos and ready to rev up changes in the energy sector.

“I’m looking into having my own personal solar firm. At present I’m just volunteering. Moving forward I want to be an energy auditor, an energy analyst and of course a radical renewable energy evangelist.”

Aminat is also considering pursuing her PhD to gain even more insight into Energy Studies.