Quantum Theory of Light and Atoms 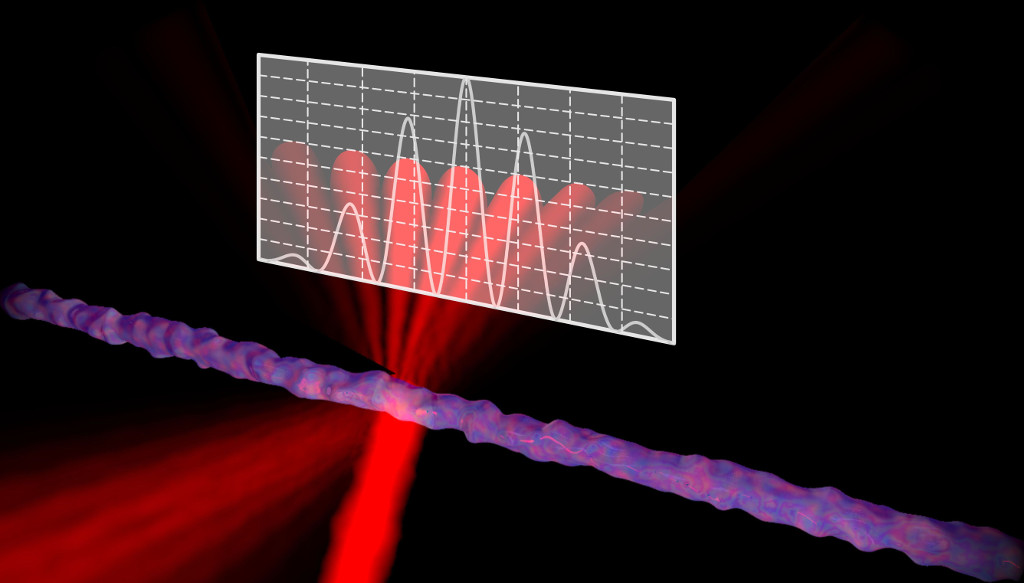 The quantum theory of light and atoms provides a fundamental understanding of most of the physical processes we observe in the world. It is an area of vigorous international activity, driven strongly in recent years by the experimental realisation of ultracold quantum gases, and the continuing advances in quantum information and quantum optics.

My current research interests are primarily in ultracold atomic gases. This field has grown rapidly since the first Bose-Einstein condensate was produced in 1995, and has developed into a synergy of disciplines, including atomic and laser physics, condensed matter, and quantum optics.

A typical temperature for ultracold atoms is in the micro-Kelvin range, which means that thermal fluctuations are suppressed, and coherence and quantum correlations in the atomic many-body motional states can emerge. Experimental measurement and manipulation of these systems can be carried out with extraordinary precision, and the striking behaviours that have been observed have stimulated the need for the development of advanced theoretical treatments. A key challenge is to obtain tractable methodologies capable of describing dynamical system behaviour, as well as equilibrium properties. This is a central theme of my research in ultracold atoms, and some particular areas in which I have contributed are: condensate growth; the atom laser; vortex dynamics in condensates; coherent atom optics; and the effect of thermal flucutations on condensate dynamics. Most of these studies require the solution of large scale nonlinear partial differential equations, and I have helped develop sophisticated numerical methods to facilitate the intensive computation involved.