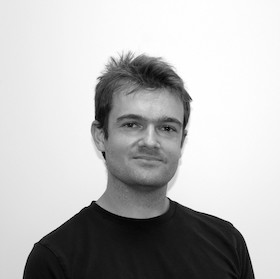 Like a number of school leavers, I wanted to move somewhere away from my hometown (Wellington) to study. Dunedin seemed like a long way away at the time, and I had heard it had pretty good University, so Otago is where I decided to spend the next few years.
And I made the right choice. I had no clearly defined expectations about university, it just seemed like the next step. However, once I got through first-year I started to really appreciate that I could choose to focus on what I was interested in and really challenge myself.

Initially I was looking at majoring and minoring in some combination of math, physics and economics, but I ended up focusing on physics in 3rd year because I found it the most challenging.
I experienced first-hand its world class researchers, all teaching in their areas of expertise which made for deep and interesting elements being integrated into its courses. For example, Bose Einstein condensates, and Bayesian inference.

As well as enjoying academia life, I really liked the experience of flatting in Otago. Its great how all the student flats are clustered in the same area creating a sort of student city. Pretty much any day/night there will be a bunch of different parties and events going on.
I have a vivid memory of struggling to complete physics assignments at 1am alongside classmates – it’s also a bit of a highlight, but perhaps only retrospectively.

Since graduating I did a PhD in physics in Australia, and now work in a startup developing quantum physics based technology in the UK. Studying physics at Otago was pretty good preparation for this. On any given day since graduating, I might be dealing with anything from lasers, quantum physics or mathematical modeling. So, a physics background was essential to my career.

I would advise future students to try a lot of different subjects in their first year, pick whatever is the most challenging and engaging to focus on. You can’t go wrong with some linear combination of Physics, Computer Science and Math!