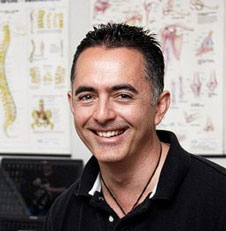 Spiritual beliefs, cultural practices and the impacts of colonisation may make it harder for Māori to stick to the typical diet and exercise advice for reducing weight, a University of Otago PhD candidate has found.

Mr Ricky Bell (Ngāti Hine, Ngāpuhi, Ngāti Hau, Te Rarawa, Te Aupōuri) of the School of Physiotherapy says Western medicine’s approach to managing Māori obesity is failing and may not be “culturally aligned with Indigenous peoples’ way of being”.

His study, recently published in Obesity Research and Clinical Practice, is being seen as offering a new approach to Indigenous research - one focusing on field work and with broader aims within an Indigenous community.

Mr Bell, a physiotherapist and researcher in Kaitaia, said his community wanted to be part of a research programme which took into account the strengths of its people rather than getting bogged down in their perceived weaknesses.

Almost 50 per cent of Māori adults are now considered obese. Mr Bell says nobody can deny obesity is a global issue fast becoming one of the biggest public-health challenges.

Northland iwi nominated members to participate in the qualitative study. From a pool of 24 people, 15 contributed to the final analysis.

Four influences on obesity, unique to Māori, were revealed – relationships and social connectedness; spiritual beliefs and cultural practices; historical trauma and the impacts of colonisation; and the ineffectiveness and cultural insensitivity of the biomedical model of caloric restriction, diet and exercise.

Mr Bell says a more holistic approach is needed to help Māori understand and combat obesity, given their understanding of the world, and their relationship to the environment and each other.

“The established historical narrative of calorie counting, dieting and exercising more is something people sometimes hear but struggle to adhere to, with evidence showing the success of this approach is poor in the long-term for adults with obesity.

“Research is mounting globally that we are simply unable to outrun our ingestive prowess. We all know we should be exercising more and eating the right foods. What we are missing is, how do we get people to stick to that mantra?

“There is evidence to suggest genetics, historical trauma, corporate drivers and ineffectual legislation are among the many factors involved in obesity.

“What’s different about our research is we are using Indigenous knowledge acquisition processes within a targeted community to see if we can identify a way to increase the likelihood that people will be more successful in adhering to healthier lifestyles in future.”

“It’s important for Indigenous people to be telling our own stories, rather than have them being told for us.

“The results also suggest that forcing or requiring Indigenous people to stick with the established Western mantra of ‘diet and exercise’ in an isolated manner reinforces the colonisation and assimilation practices that have occurred.

“I think most would agree that when it comes to exercising or eating well, it’s more enjoyable and sustainable when we do it with others.

“For most Indigenous peoples it is about tribal wellness, not doing things individually, and the results of this research suggest that any health promotion framework should adopt that position,” he says.

The study was conducted as part of a $120,000 Lottery Health – PhD Scholarship and also received $7700 in funding from the Physiotherapy New Zealand Scholarship Trust.