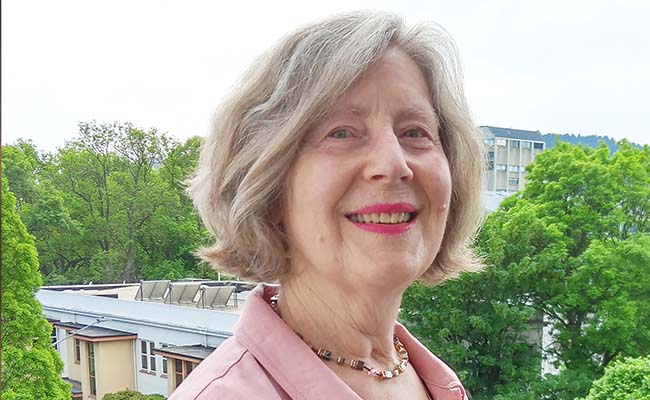 “It’s good to be busy,” says Dr Margot Skinner, who has been an incredible advocate for the profession of physiotherapy throughout her distinguished career.

“The University has been a wonderful place to work, I’ve always been an advocate of Otago and to have physiotherapy as part of the core within the Division of Health Sciences has been important for our development as a profession. I think New Zealand physiotherapists are thought of very highly internationally, so the reputation of Otago stands and it’s wonderful to be part of that.”

Dr Skinner intends to retain her practising certificate and continue with her involvement in the profession both national and globally “at least in the meantime”.

Her main area of practice before joining the School was working with patients with cardio-pulmonary conditions and in intensive care.

“It’s important that we fly our flag for this area of physiotherapy. People need to realise that a lot of rehabilitation starts at that very early stage, when people are still on ventilators in intensive care. We start getting them to move actively to reduce risks such as loss of muscle strength.”

She says there is an increased caseload for physiotherapists in the cardio-pulmonary area right now because of the multiple effects of COVID-19 and long COVID, including difficulty breathing and extreme fatigue. She has been pleased to supervise three PhD graduates in this area of physiotherapy to completion this year. “I like to see people succeed and the new generation of voices coming through.”

An enduring feature of Dr Skinner’s career is her advocacy. Autonomy is a central value of this advocacy, both of physiotherapy as a profession and for the individual patient. She feels fortunate that New Zealand and Australia were at the forefront of this professional autonomy in the 70s, when she first became involved.

“People could be referred directly to a physiotherapist and in a hospital context we wouldn’t need a written referral from a doctor to see a patient, we would go directly to see the patient – which is a much more efficient way of practice. These days treatments are far more patient-centred meaning patients have a voice, and people work with them.

“Right throughout my career I have participated on committees and assisted with the development of the profession rather than just hands-on work. Every professional needs a professional association because it’s the voice of the profession. Our association has made international links to World Physiotherapy, so then we have a voice through to key organisations such as the World Health Organization.”

Dr Skinner has been closely involved with World Physiotherapy. After returning from a period working in Hong Kong and being involved in the association there, Dr Skinner chaired the Otago Branch committee, then served on the National Executive for a number of years including two terms as President. She became the President of the Asia Western Pacific Region, then the representative for the region on the International Executive before becoming the Vice-President of World Physiotherapy until the General Meeting in June 2019.

She remains on World Physiotherapy’s accreditation committee - reviewing programmes in different countries; is chair of an international advisory group working with schools of physiotherapy in Vietnam; and external examiner for a programme in Hong Kong. Over the years Dr Skinner has also assisted in the development of the profession in countries including China, Sri Lanka and Mongolia.

As well as this global focus, Dr Skinner has stayed involved locally. She says the opportunity of clinical research in Dunedin is quite unique in terms of having all our health professional schools and faculties so close, with physiotherapy, dentistry, medicine, pharmacy, biomedical sciences, and the hospital all on the same street, which often isn’t the case in many bigger cities.

“The Dunedin population is very good about volunteering to work with students, and it’s great as they’re proud of it and we love having them. The School of Physiotherapy provides a professional service to the community and our students love giving back to the community too.”

Dr Skinner has been closely involved in establishing collaborative practice within the Division of Health Sciences and involving students in interprofessional education over the past 10 years.

“The new interprofessional learning centre that will be built as part of the new hospital as a tripartite agreement between the District Health Board, Polytech and University is exciting, but we have to work ahead of time to prepare everybody to optimise this development.

“When you look at the health of the population around the world, non-communicable diseases predominate – poor diet and inactivity are keys factors in poor health, morbidity and mortality. If people can be shown how to take responsibility for their health, then the population’s health will be much better. The benefits of collaboration and health professionals understanding the work that others do is part of what we are trying to achieve. Also, getting students to understand they’re better to work with their colleagues makes sense because the patient benefits from this approach. The more we know about each other the better we can collaborate.”