A page of tributes and remembrance for Otago educated physiotherapists

Jo Scrymgeour née Wright who passed away recently is remembered as a very effective physiotherapist who always applied ‘the patient first’ principle.

She practised through to retirement and, in 2000 took on a new challenge, by writing a history of the profession in New Zealand “Moving on: A history of the New Zealand Society of Physiotherapists Inc. 1973-1999 ”. The book is meticulous in detail and remains a captivating read. As Jo said in the Author’s Note "Space did not allow publication of all the material researched or details about the work of individual physiotherapists".

Dedicated physiotherapist Jo Scrymgeour née Wright loved her work and made a huge contribution to the profession of physiotherapy in New Zealand.

On January 22, 2019, School of Physiotherapy honours graduate Emile Vollenhoven lost his life in a mountain biking accident in Bolivia. He was traveling with his partner in South America at the time.

Emile was part of the graduating class of 2016 and a much loved and respected member of his cohort. 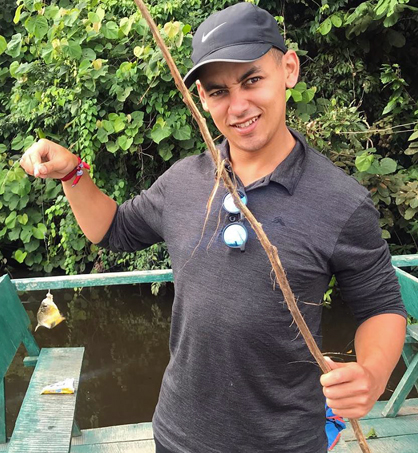 He moved to Dunedin in 2014 to begin his physiotherapy studies after completing a physiology degree in Auckland. He soon settled into student life, immersing himself in Otago's “scarfie” subculture. Emile was ‘the life of the party’ and had a knack of bringing smiles to the faces of those around him.

He excelled academically and achieved strong results in his third-year. This success led to him being invited to take part in the 2016 physiotherapy honours programme where his work earned him further accolades. Emile graduated with First Class honours in December of 2016.

A great lover of sports, Emile volunteered as a sports medic at the Otago University Rugby Football Club. After graduation he went to work as a musculoskeletal physiotherapist with rugby union and rugby league teams in Auckland New Zealand. Emile’s peers, clinical supervisors and colleagues will vouch for the positive impact he had on the lives of his patients. He was at all times passionate about achieving the best possible outcomes for them.

Above all else, Emile was a loyal son and brother, a loving partner and a great friend to many. Those who knew the man will miss him, and none will forget his warm nature and his considerable talents.

Emile Vollenhoven passed away on January 22, 2019

Many colleagues and friends will remember physiotherapist Margaret Moon for her strength of character and for her outstanding work in mental health and pain treatment.

Margaret graduated from the New Zealand School of Physiotherapy in 1952 and spent most of her working life in Christchurch.

She was the first physiotherapist to work in the psycho-geriatric wards at Sunnyside Hospital offering what were then standard physiotherapy treatments for the elderly. Margaret helped her patients maintain mobility, and dealt with pain issues and rehabilitation after incidents such as strokes and fractures.

Some patients at Sunnyside however also suffered from clinical depression, anxiety and confusion, and this stark reality prompted Margaret to develop an abiding interest in the body-mind relationship. When the Medical Supervisor, Edwin Hall learned to trust Margaret’s clinical abilities, she was able to work with acutely ill patients including those suffering from chronic schizophrenia.

These experiences prompted her to carry out more dedicated research and Margaret later journeyed to Emory University in Atlanta Georgia, where she carried out further investigations in the management of chronic pain. On her return, she designed a biofeedback machine and, with the help of mechanical engineers at the University of Canterbury, had one made. She used this to treat patients and also trained colleagues in its application. Updated versions of this device are still in use today.

As a professional physiotherapist with a strong belief in advocacy Margaret joined the group of physiotherapists promoting a degree based education in a university setting. In the 1980s she was a member of the profession’s Education Committee that fought strongly for this change. She was delighted when degree education was implemented in the early 1990’s. Margaret continued with her own formal education and completed a Master’s degree in Psychology.

In 2000 Margaret became the first graduate from the School to complete a PhD at the University of Otago. Her thesis was titled ‘An Integrative Model of Chronic Pain’. Because no clear pathway existed at that time for physiotherapists wanting to complete a Doctorate, Margaret’s supervisors came from Anatomy, Structural Biology, Mathematics and Statistics.

Colleagues will have lasting memories of Margaret’s care and concern for patients with chronic pain, and they may also recall the battles she fought on the patients’ behalf. She felt that too many surgeons and doctors diminished the impacts of chronic pain. Margaret understood that there were self-management techniques which could help relieve the patient’s experience of pain and allow them to better cope with residual pain. Many grateful patients could vouch for the effectiveness of her informed and practical approach to pain management.

In 2003 Margaret published Pain Poppies: The Human Ecology of Chronic Pain, (ISBN-10: 0473093421), in which she described “the balance that is necessary between the needs of chronic pain sufferers and of the nation and suggests ways of bringing this about”.

In later life, she retired to Nelson to be closer to her family. She passed away in July 2018 and will be greatly missed.

We offer our sincere condolences to Margaret’s husband, Bruce, and family.

Thanks to Molly Andreae (née Wilkinson, graduated 1950) for her memories of her colleague, Margaret.

Graeme was a well-known and well respected musculoskeletal physiotherapist in Christchurch and the principal owner of Physio South along with his wife Marie.

He trained at Otago Polytechnic completing his diploma of physiotherapy in 1980. He then went on to gain his Dip MT from NZMPA in 1984, and his Diploma in McKenzie Diagnosis and Mechanical Therapy in 1992 and then completed his Master’s degree in 2001 looking at the injury profile in NZ Cricket. Graeme was also an Advanced Practitioner in Sports and Orthopaedics with the NZ College of Physiotherapy.

Graeme was a key member of the McKenzie teaching faculty in New Zealand and taught both locally and abroad. He was also a key member of Sports Physiotherapy NZ and instrumental at getting this special interest group of Physiotherapy NZ going. Graeme had a passion for sport both personally and professionally. He was a great runner in his early days and more lately a keen mountain biker.

He was a member of the NZ Olympic Team in 2000 looking after the basketball team in particular but also heavily involved in NZ Cricket, setting up many of the injury surveillance systems still used in this sport. He was also involved in the NZ Winter Olympic team.

Graeme passed away in July 2017 after a battle with cancer.

Gaynor Brown (Hyland) graduated from the Otago School of Physiotherapy in 1963.

As a newly married young graduate she went first to a position at Hastings Hospital before following her husband Tony to Invercargill where he had taken a job with the Southland Times newspaper. Gaynor was able to complete her Health Department bond requirements at Southland Hospital in 1965. That same year, Gaynor gave birth to the first of four daughters and was away from the profession for a number of years, but remained involved as a physiotherapist with the Parents’ Centre in Christchurch.

Gaynor returned to physiotherapy in 1984 accepting a role in the Department of Psychological Medicine in Christchurch – known as 'the C block' - newly opened with an emphasis on inclusion, multidisciplinary staff and a team approach. As the first physiotherapist to be included in this programme she introduced patients to relaxation techniques, in addition to exercise and routine physiotherapy.

Following this ground-breaking work, Gaynor was appointed Senior Physiotherapist in the newly opened Christchurch Geriatric Day Hospital where she provided placement and learning opportunities for students from the Otago School. Interested in the rehabilitation of neurological conditions and stroke management, she encouraged a wholistic approach, including the patient’s entire family in rehabilitation efforts. She was involved with the visit of Australian physiotherapists Roberta Sheppard and Janet Carr, and an active member of the Neurology Special Interest Group.

Gaynor's strong sense of social justice led her to help many therapists sort out issues with salaries or working conditions. She believed that physiotherapists should be actively involved in health policy and in any changes in delivery of services.

In her personal life Gaynor travelled widely, visiting countries such as China which was far from a popular destination at that time. A keen photographer, she was involved with a group from Canterbury University who studied nature and conservation zones, especially where there was a risk of habitat extinction.

Gaynor's insatiable energy meant she would "have a go" at anything, from major home renovation to carpentry projects.

An adventurous cook, a keen conversationalist, and a warm and generous hostess, Gaynor was greatly respected by her many colleagues in healthcare for her comprehensive ability to communicate and share her knowledge widely.

She passed away in November 2016 and will be greatly missed.

Barbara attended the New Zealand School of Physiotherapy, graduating in 1962.

After working first at the Wilson Home for Children with Disabilities, in Auckland, and then Queen Elizabeth Hospital in Rotorua, Barbara’s next step was to set up a private practice at her home in Dunedin in between managing a family of four under six years of age.

She also served on the executive of IFOMT, including a term as Vice President and continued to mentor the Teachers’ of the Mulligan Concept to the end of her life.

Barbara Hetherington passed away on the 12th July 2016.

Virginia graduated from the New Zealand School of Physiotherapy in 1957.

She completed a Diploma in Occupational Health in 1990 which was conferred in May 1991 and was a real leader in the profession in the area of occupational health and must have been amongst the first physiotherapists to have received such a diploma from the University of Otago.

Virginia worked part time for the School for a number of years as a clinical educator for second year students rostered on the Occupational Health clinical module.