Hands-On at Otago demonstrates, in a friendly and interactive environment, some of the activities our researchers are involved in; encouraging talented young New Zealanders to consider further study as a step in their career pathway.

We do this by bringing secondary students to the Department of Physiology at the University of Otago, and host them for a four-day science experience.

While our schedule differs slightly from year-to-year, below you can see what we did for Hands-On Science 2017: 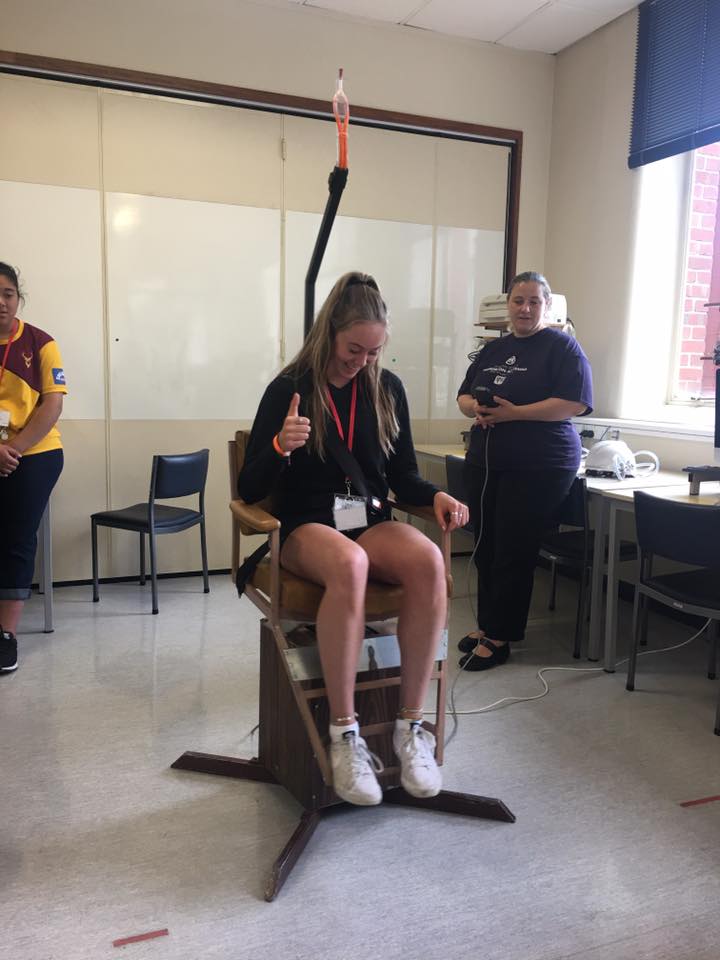 On the first day we got to know each other with an ice-breaker and had a discussion around what Physiology actually is! The first experiment we took part in was to test our nervous system, specifically looking at the sensation of touch. This taught us that different areas in our body have different sensitivities. We did this by using compasses to find receptive fields on our fingers, palms, and arms, as well as other areas of our body such as our forehead. We then tricked our brains into thinking one hand was being touched when it was really hidden behind a screen, by having someone else’s hand right in front of us. To finish the morning session, we learnt about eyes and their structure, discovering our blind spots and discussing colour blindness and other eye problems.

After morning tea, we tested our sensation of balance by sitting in a spinning chair. The objective of the spinning chair was to activate the semi-circular canals inside the inner ear to demonstrate how the vestibular system works in tandem with our visual system. We used our knowledge of these mechanisms to produce some vestibular illusions, causing our subjects to perceive that they were falling forwards when they were really spinning horizontally.

On Tuesday we investigated nerves, muscles and reflexes. To really stimulate ourselves for the day ahead, we artificially activated the ulnar nerve in our arms using small pulses of electricity. The electrical pulses made our hands twitch uncontrollably and the force of twitching, and the weird sensations elicited, increased as we turned up the voltage and frequency of the electrical pulses.

Next, we wanted to find out just how fast these pulses were spreading down our nerves, so we combined the electrical pulses with an electromyogram (EMG) and measured the resulting muscle activity. By stimulating at two different points on the nerve we were able to determine that the speed of conduction was as high as 250km/h in some people!

The final experiment of the day involved a discussion on the difference between reflexes and reaction times – something that is commonly misrepresented, particularly in sports commentary (like cricket!). We elicited a stretch reflex in our calf muscles by hitting the Achilles tendon with a hammer, and measured the time it took our muscles to respond. We then compared this to a reaction time by hitting the bottom of the foot, and voluntarily contracting the calf muscle, and then performed the same experiment while distracted by playing a game on a phone. We found that the group was overwhelmingly slower at reacting while distracted, and that the reflex response was far faster than either reaction time. We interpreted that this difference was because the voluntary reflex contraction was initiated in the brain and relied on us concentrating and reacting quickly, whereas the stretch muscle reflex only travelled to the spinal cord and was initiated independently of our brain. 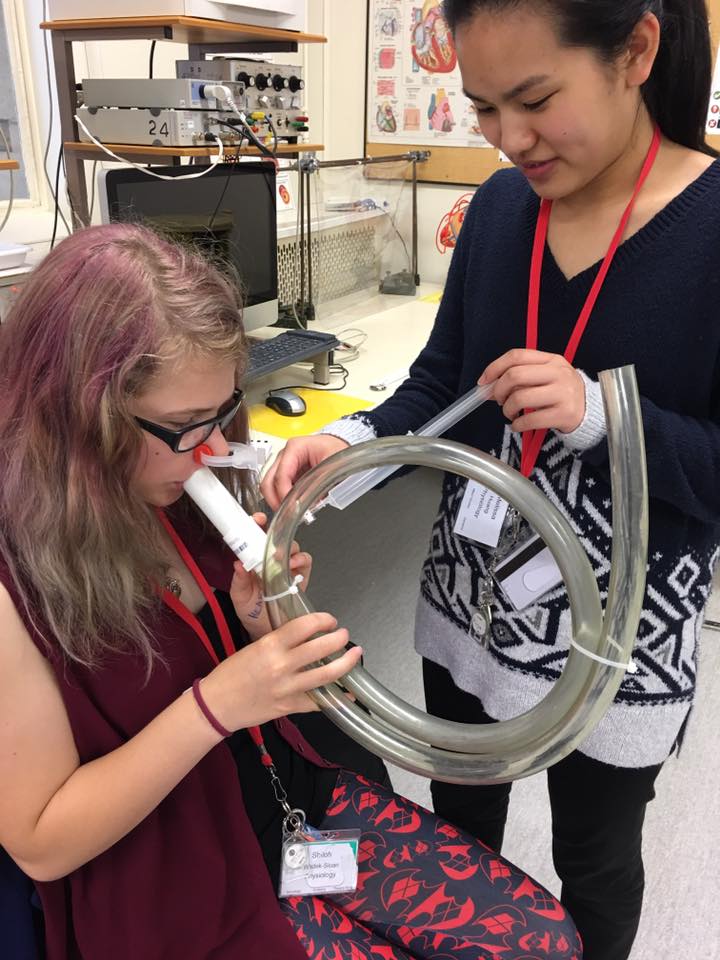 Wednesday involved us hooking ourselves up to the computers again with electrodes, but this time to measure the activity of the heart, in an electrocardiogram (ECG). First we determined our heart rate, and also looked at the time that the heart spends contracting versus relaxing. The second part of this experiment involved exposing ourselves to a form of stress, and seeing what this did to the heart rate. Some of the group listened to different forms of music, some did some exercise, and some investigated what effect being shot at with foam bullets had on the heart rate!

After morning tea we looked at the lungs, and measured gases deep within the alveoli using a Haldane-Priestly tube and a gas analyser. We all got super competitive at holding our breath to investigate whether a lack of oxygen, or a rise in carbon dioxide was responsible for making us break our breath hold – and we managed to determine that it was definitely a rise carbon dioxide, as this starts to acidify our blood!

Before the dance on Thursday night we thought we’d better give our hearing a tune up… so we performed some basic hearing tests using tuning forks to determine if both our ears were functioning correctly. We learnt that sound can easily travel through the bones in the skull or through the air, to vibrate the smallest bones in the body in the middle ear, and then activate the auditory system. Following this we performed some slightly more accurate tests using compensated audiometers, to test our range of hearing at 125Hz (bass), 1000Hz (speech), and 8000Hz (treble).

Last but definitely not least, we investigated the senses that help us to define our interpretation of flavour. This involved consuming some sweet and sour solutions to see how we adapt to different chemicals, comparing warm and cold ice cream to look at the influence of temperature, and finally eating some different coloured jelly beans with and without our nose blocked, to see how significant our sense of smell is in determining flavour. 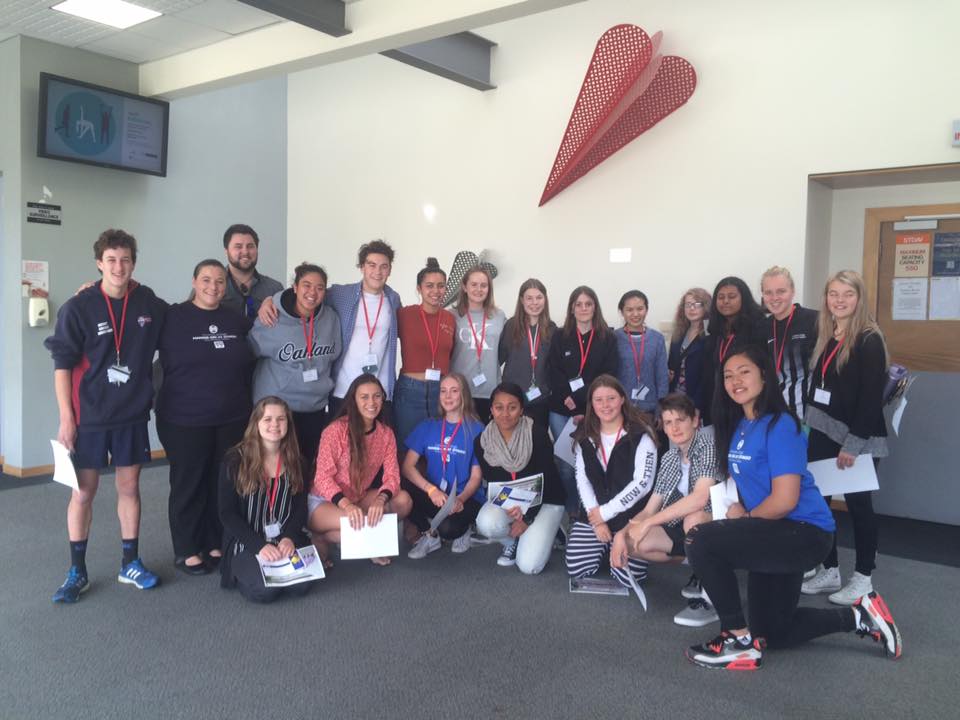