Discovery for treatment of heart disease in type-2 diabetics

University of Otago researchers have discovered one of the reasons why more than 50 per cent of people with type 2 diabetes die from heart disease.

And perhaps more significantly, they have found how to treat it. 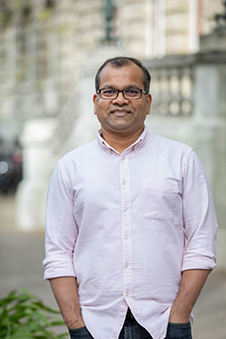 Associate Professor Rajesh Katare, of the Department of Physiology, says it has been known that stem cells in the heart of diabetic patients are impaired. While stem cell therapy has proved effective in treating heart disease, it is not the case in diabetic hearts.

It has not been known why; until now.

It comes down to tiny molecules called microRNA which control gene expression.

“Based on the results of laboratory testing, we identified the number of microRNAs that are impaired in stem cells of the diabetic heart,” Associate Professor Katare says.

“Among several microRNAs we identified that one particular microRNA called miR-30c - which is crucial for the stem cells’ survival, growth and new blood vessel formation - is reduced in the diabetic stem cells. All these functions are required for stem cell therapy to be successful in the heart.

“Importantly, we also confirmed that this microRNA is decreased in the stem cells collected from the heart tissue of the patients undergoing heart surgery at Dunedin Hospital.”

Researchers were able to then increase the level of the lacking miR-30c in the heart by a “simple injection”.

“This resulted in significantly improving the survival and growth of stem cells in the diabetic heart,” Associate Professor Katare says.

“This fascinating discovery has newly identified that impairment in the microRNAs is the underlying reason for the stem cells being not functional in the diabetic heart. More importantly, the results have identified a novel therapy for activation of stem cells in the heart using microRNA, without the need to inject stem cells, which is a time and cost consuming process.”

Associate Professor Katare calls the finding “significant” and says it could help diabetes- sufferers – who are ten per cent of New Zealanders - lead a longer, quality life.

“Apart from identifying the reasons for poor stem cells function in a patient with diabetes, the novel therapy of using microRNA could change the treatment method for heart disease in diabetic individuals.”

Researchers will now undertake more laboratory testing before moving on to humans.

“Our initial analysis revealed that there might be another four potential candidate microRNAs. Therefore, it is essential to test the function of those microRNAs as well. It may be possible that combination therapy with more than one microRNA could further increase the beneficial effects.”