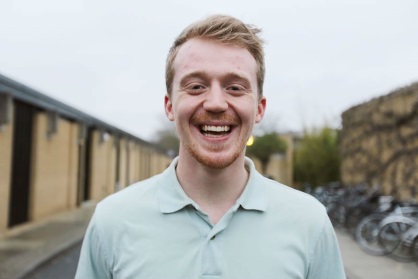 “Follow your heart", says Politics graduate Ben Abraham, “study what you enjoy and be confident in your employability as an Arts graduate. You learn more skills than you know while doing an Arts degree at Otago. It's only once you start working do you truly realise the value of the critical thinking, reasoning, analysis, and writing skills that you hone during an Arts degree.”

Ben doesn’t just mean employable in New Zealand – after Otago he worked at a social enterprise tech start-up in Zambia and at the New Zealand Mission to the United Nations in New York.

But studying Politics, and even Arts in general, wasn’t an automatic choice for Ben “I was actually more of a science student at high school but when I started university I really wanted to broaden my horizons and try a number of different subjects, which I did in my first year. The international relations courses in particular really resonated with my general fascination with the wider world and the Politics teaching staff are excellent.”

Ben knows a bit about studying round the world – his first taste was on exchange to the University of Texas, Austin. “My exchange was definitely a highlight of my degree. Otago's exchange program is a real gem that more students should take advantage of. There are some amazing universities and cities you can go to while still just paying Otago fees.”

After completing his BA (Hons) in Politics, Ben was awarded a Rhodes Scholarship to study at the University of Oxford in the UK. He has since completed a MSc in Global Governance and Diplomacy and is currently working towards a PhD in Public Policy. “I was initially worried about how I would cope at a famously elite global university. However, I found my studies at Otago more than prepared me for the academic rigours of Oxford and I can honestly say the quality of education at Otago is world class.”

Ben encourages all students to consider taking a Politics paper, “whether we like it or not, politics impacts the lives of everyone,” he says. “It's extremely valuable to have at least a basic understanding of some of what's going on in politics both nationally and internationally. Amazed by what's happened with Brexit and Donald Trump? Better study some politics.”