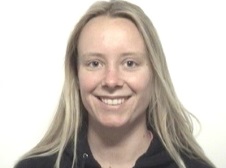 Juana Diesing chose Otago for the same reason a lot of students do, the student lifestyle that Otago offers. Having lived in the suburb of North Dunedin, in close proximity to other students, and being able to travel around the South Island for weekend trips skiing and tramping, Juana has come to the realisation that there is no other city that can compete with Dunedin’s vibe and energy.

However, that was not the only reason. Juana knew that the Department of Politics had a great reputation and as she had always been interested in world issues and current affairs - it was a natural fit. “I also liked the idea that I could match domestic politics with international relations papers in my degree, rather than choosing just international relations, like at other universities.”

When asked what advice would you give to someone who is thinking about studying Politics at Otago? Juana’s response is:

Do it! The papers challenge your views but also set you up well for many different career paths – I use the skills I gained during my studies every day! I also think it is important to get involved in as much as you can while at University – whether that is part-time work in the Department or attending public lectures – many opportunities come about as a result. I was supported by the Department to take a break during my MA for 4 months to do an internship focused on sustainable economic development – an opportunity a lecturer told me about because he knew I was interested in international development issues.

Juana graduated with a BA (Hons) and MA in Politics and now works for the Ministry of Foreign Affairs and Trade (MFAT) where she is currently the Second Secretary in New Zealand’s Embassy in Ankara, Turkey. In this position she focuses on a wide range of issues, including New Zealand’s bilateral relationships with the Embassy’s accreditations and political issues relating to Turkey. Juana has been at MFAT for about 5 years in a number of different roles – first in the International Development Group, then doing economic research and business outreach in the Trade and Economic Group, and most recently in the Americas Division focused on Latin America.

If you are interested in learning about the work they do at MFAT, working in the public service or the application process Juana is happy for you to get in touch with her via email Juana.Diesing@mfat.govt.nz. In her own words, “I benefitted hugely from the advice my supervisors shared, and the help of the fantastic Career Development Centre, and am more than happy to pass on any advice I can.”