From politics to commis chef at high-end restaurant 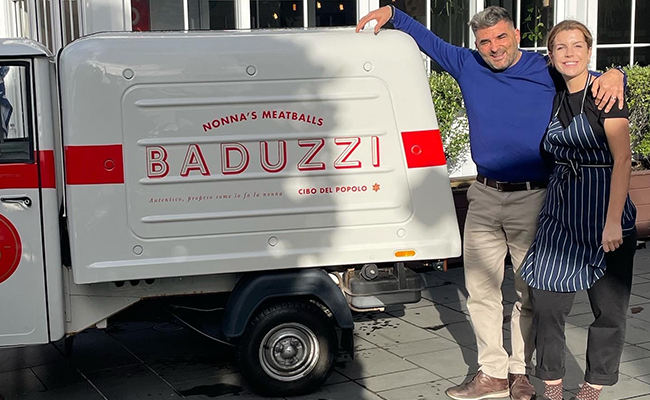 A whirlwind six months has seen University of Otago master’s graduand Alice Taylor go from potential politics tutor to commis chef in a high-end restaurant, via a stint on MasterChef NZ.

Taylor says she is “really proud” of herself for how well she did on the cooking competition – placing third.

When she was eliminated during the penultimate episode, screened on TV3 in late July, she was offered a job by one of the judges, Michael Dearth, at his restaurant Baduzzi in Auckland.

She accepted, and has been working there since.

“I am incredibly grateful to Michael for mentoring me and believing in me. He has become a very good friend and someone I can trust and often get guidance from. He is the absolute best!

“It’s one of the most challenging things I’ve ever done it my life. It’s been such a privilege; I feel really lucky.”

Taylor was intending on spending six months in Dunedin this year, tutoring at the University after completing her Master of Politics degree, before the opportunity to be on MasterChef came along.

Taylor was able to move in with her parents in Auckland ahead of competing on the show, but since landing the job has shifted out into her own apartment.

Baduzzi has played an important part in her life.

“I went there a lot as a teenager, I actually had my 18th birthday there.”

She and her mum had a celebratory lunch there when she got into university.

Starting as a commis chef in the pastry section with no professional experience was “quite shocking” and a “huge adjustment”.

“Especially as someone that, like, I had studied my whole life. Not having professional training really put me outside me outside my comfort zone, especially because getting qualifications was a big thing for me."

She says she is working hard, putting her head down, learning and trying to prove herself in the kitchen.

Baked goods were Taylor’s speciality on MasterChef, which Dearth knew, so the pastry section is a good fit for her, though she hoped to also try out different sections in the future. 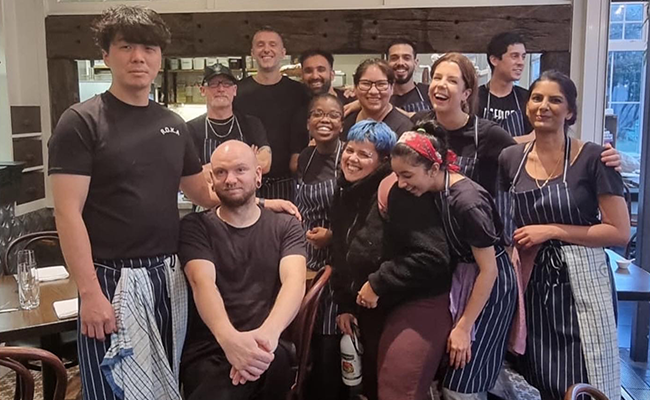 Taylor is enjoying her new role as a commis chef.

Taylor says she was “so stoked” about the outcome of the grand final. She was on set, watching as it was filmed several months ahead of being screened to the public.

“I couldn’t be more proud of Sam (Low), I think he’s just an exceptional person and exceptional cook.”

There were some important messages in the final episode about identity, acceptance, being yourself and following your dreams, she says.

“I think it was a really inspirational, beautiful episode.”

Knowing the outcome of the show for several months was a big secret to keep.

“I knew for a while and was absolutely terrified, I felt like I had this huge secret. I was very nervous about just blurting it out,” she says.

Taylor has remained in touch with her co-stars from MasterChef, some of whom have become close friends.

She, Low and Elliot McClymont in particular have a special bond having made it as far through the competition together.

“I’ve learned so much from them, and I just love them to bits.”

She was also grateful the show gave her the opportunity to speak out about endometriosis.

“It’s so uncommon for endometriosis to be talked about on national TV, and by doing so we’re raising awareness and helping others.”

Taylor feels the skills she acquired while studying at Otago really set her up to do well on the show.

“The experience of studying, all the hard work, the resilience, all of those skills, while living away from home. It's enabled me to work hard.”

Her time at Baduzzi now feels like a continuation of her time at Otago, she says.

She feels her food column in Critic Te Ārohi also helped her land the spot on the competition.

Taylor will graduate with her Master of Politics in December.