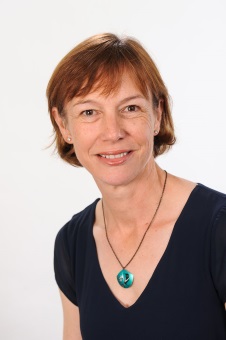 Early next year Associate Professor Janine Hayward, Head of the Department of Politics, will join the ranks of an exclusive group of academics with her promotion to full professor. There are only a handful of female political science professors in New Zealand, and only a few of those currently teaching in politics programs. Associate Processor Hayward is the second female professor of Politics at Otago in the Department’s 50-year history, after Professor Marian Simms who was with the Department from 2002-2009.

Associate Professor Hayward was thrilled with the appointment and appreciated the recognition after many years of hard work. She credits her PhD supervisor with inspiring her to pursue an academic career. “Role models really matter”, she says. “My PhD supervisor was Professor Elizabeth McLeay. I don’t remember thinking ‘I want to be just like her’, but because of her, being a political scientist seemed possible. If I can be a positive example for other women studying or making their way through the academic ranks in political science, it will all be worthwhile.”

Associate Professor Hayward researches Treaty of Waitangi politics, particularly in relation to Treaty settlements, social policy, and constitutional and electoral reform. She has also published widely in local government politics, addressing issues of representation and local government’s Treaty of Waitangi obligations to Māori. She has collaborated with Canadian colleagues on projects about indigenous/state relations and deliberative democracy. She is currently developing a comparative international collaboration focusing on electoral reform which emphasizes New Zealand’s extensive experience of electoral reform in order to offer advice to other nations, the UK and Canada in particular, who are grappling with electoral reform politics.