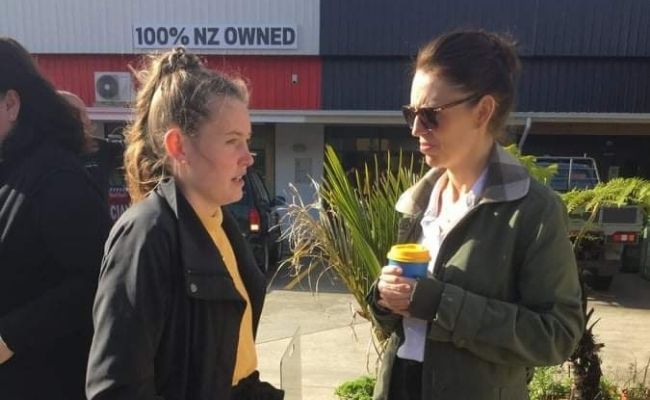 Tara had the task of explaining to Prime Minister Jacinda Ardern just how much of a burden the flood waste would be on the town.

Bachelor of Laws and Arts (Politics and Environmental Management) student Tara Shepherd spends her summer months as Support Officer Solid Waste Management for Buller District Council. While home during the break between semesters this year she decided to pick up some hours in her hometown, but she had no idea what was coming.

In July the Buller River overflowed in what was the largest flood flow of any New Zealand river in almost 100 years.

“I was on the night shift as the Welfare Manager when the flooding started. It was a huge amount of work with deploying Police and taking distress calls. We had one man who was 86 and his niece was calling from Australia worried that he was in trouble.”

That was just the beginning of an enormous few days as Tara stepped into the role of Waste Management Coordinator and helped her community get back on its feet.

“Due to the extensive damage to people's homes and belongings, the town had a lot of waste to remove. We had 1017 tonnes of rubbish to deal with that week, in comparison to our usual 100 tonnes per month. As I know the local waste management system, I set up a waste management plan. I coordinated local contractors and the army to implement a free disposal collection.

“It was a hard time for people who had to dump their lives out on the street for collection. The water had affected over 80 per cent of the area, it had gone through schools and into the centre of the town. Our usual waste facilities were overrun and we had to create an alternative space for flood-damaged waste.”

Tara also had the important job of speaking with Prime Minister Jacinda Ardern about the extensive damage to the town.

“During the clean-up I spent the day with Jacinda Ardern while she visited Westport. I had the task of explaining to her just how much of a burden this waste would be on the town financially and emotionally.”

Buller District Mayor Jamie Cleine sang the student’s praises as she made critical decisions to help the town through crisis.

“Tara has shown amazing initiative and leadership under extremely difficult circumstances. Her community first mindset and decision making under pressure is so impressive and we are extremely grateful for her efforts.” 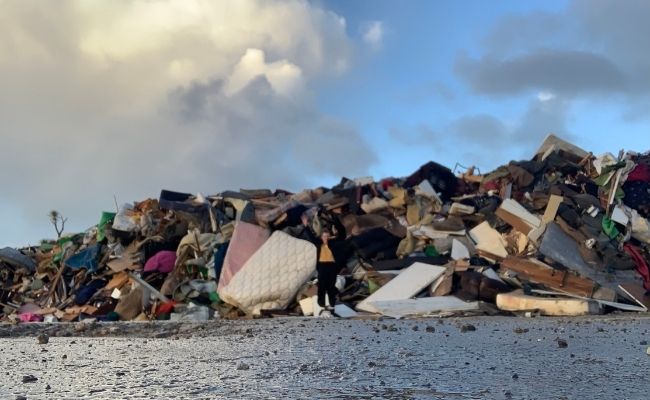 Westport had 1017 tonnes of rubbish to deal with in the week after the floods - usually they only dispose of 100 tonnes in a month.

This isn’t the 19-year-old's first experience in explaining to local and national government the importance of investing in effective waste management. In 2019, Tara took on the project of getting a petition signed to prevent potential marine disaster with Hector Landfill.

“Over that time I was even interviewed by John Campbell. Hector Landfill used to be state-owned but it was closed in the late 1980s. There was a lot of erosion and rubbish and it was becoming a risk to the sea and surrounding residential areas. I made a petition and originally it only got a few hundred signatures. A few months later I was invited to the Provincial Growth Fund Announcement.”

It was announced that $1 million would go toward building a wall around the landfill to prevent waste making its’ way into the water – as the rubbish would be too dangerous to mine.

Not only has Tara had great success already in environmental matters but she’s also working to positively impact other students at a national level.

“I’ve been a Youth Advisor for the Minister Hipkins Education Advisory Group for the past two years. I get to bring my perspective as a student from a rural town who had to complete half of my subjects by distance learning and as a student with a disability.”

Tara has Fibrolipomatous hamartoma in her right hand and Postural Orthostatic Tachycardia Syndrome which can cause extreme fatigue. The first-year student hasn’t let that hold her back in the slightest when making a difference for others.

“It’s been quite a big job but already I’ve been able to help feed into some changes the government has made for education.”

So far, only one semester in, Tara is enjoying her studies and looking forward to doing even more with her education to help other New Zealanders.

“I chose Otago because my mum studied here and I have always loved Dunedin. My parents encouraged me to travel New Zealand before seeing other countries and through my travels I’ve always felt that Otago has a beauty to it and a legacy. When I graduate I would like to be a diplomat – I think that’s a well-rounded way to represent New Zealand. I love Westport and I will gladly retire back there too.”