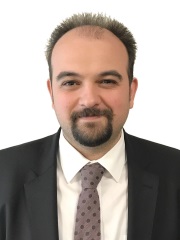 Thesis topic: Turkey’s “state of exception”: Constitutional Politics in the Era of Populism

This research situates the recent Turkish experience in constitution-making in the context of ongoing, urgent discussions about the shift toward illiberalism and the populist challenge to constitutional democracy across the world. Providing a historical account of the many civilian initiatives to reform the authoritarian 1982 military constitution, the research places a particular focus on the politics of constitution-making under the Justice and Development Party (AKP) rule in Turkey, a period including recent prolonged emergency rule during which the country’s parliamentary system was replaced by a so-called Turkish-type presidential system — “in order to make de jure what is already de facto”.

Okan is a member of the Middle East and Islamic Studies Aotearoa (MEISA) research group.