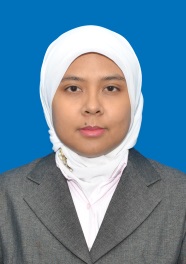 Thesis topic: Construction of National Identity within the Multicultural Society of Indonesia

Indonesia is one of the most diverse multicultural countries in the world. According to a national census conducted by Badan Pusat Statistik (BPS – Statistics Indonesia) in 2010, Indonesia is host to 1.128 ethnic groups. Bahasa Indonesia is the official language of Indonesia, but there are over 700 local languages and dialects spoken in Indonesia. Furthermore, while over 87 percent of Indonesia’s population are Muslims, the Government of Indonesia recognizes 5 other official religions (Christian, Roman Catholic, Hinduism, Bhuddism and Confucianism) and their holidays.

Indonesia’s national motto “Bhinneka Tunggal Ika”, written in an ancient form of Javanese, translates into “Unity in Diversity”. The largest and arguably politically most influential ethnic group in Indonesia are the Javanese, which among others is evident in the ethnicity of Indonesia’s past and present presidents. Most Indonesians nowadays still identify with their own ethnic groups or that of their parents/ancestors. Being a country which is made up of different ethnic groups which speak different languages, it is quite evident that Indonesia is a state-nation rather than a nation-state. However, there is also a shared national identity of “Bangsa Indonesia” (the Indonesian nation).

However, there is a need to analyse to what extent the diverse cultural background of the Indonesian people affect the extent of their perception of an Indonesian national identity, and how the Government of Indonesia maneuvers cultural and identity policies.