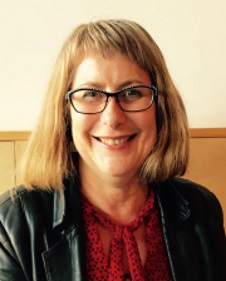 Vicki Spencer is an Associate Professor of political theory. Previously she taught at the University of Adelaide and Flinders University of South Australia. She is the author of Herder’s Political Thought: A Study of Language, Culture, and Community (University of Toronto Press, 2012), and the co-editor of Visions of Peace: Asia and the West with Takashi Shogimen (Ashgate, 2014), Disclosures with Paul Corcoran (Ashgate, 2000), and a special edition of The Australian Journal of Politics and History: Rethinking Nationalism. Her research encompasses seventeenth and eighteenth-century European thought and contemporary political theory with a focus on culture, identity and the concepts of recognition and toleration.

Her most recent book is a collected edition, Toleration in Comparative Perspective (Lexington, 2017), which disrupts the assumption in Western political discourse that toleration is a uniquely Western idea by examining comparable ideas in Islam, Hinduism, Buddhism, Confucianism and Daoism.

She has supervised PhDs, Masters and Honours dissertations on a wide range of topics including models of heroic thought, hermeneutics, religious toleration, models of forgiveness in transitional societies, democratic free schools, Nietzsche and Hannah Arendt. Her teaching interests traverse both contemporary political theory and the history of modern political thought and she is happy to supervise students in applied theory.