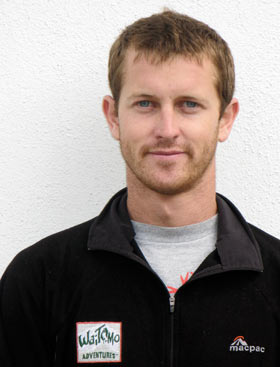 In a climate of growing concern over greenhouse gas emissions, energy use, carbon credits and the effects of global transport, Warren Fitzgerald has the satisfaction of knowing he hasn’t sat back and done nothing.

Since 2009 Warren has undertaken two separate research topics with the University of Otago, both tapping into his passion for New Zealand energy issues.

Then he was invited by the Department’s Energy Studies and Energy Management Research Group to investigate the effectiveness of mechanical ventilation systems in New Zealand houses.

“Most of the systems installed in New Zealand homes are positive pressure systems,” explains Warren, “and their ability to heat or cool rooms was the focus of this research.”

“Both topics were exciting and fulfilling because I felt like I was contributing something to the scientific community.”

The results of his hard work have already been put into use.

“The shipping industry research has informed policy makers within New Zealand on issues such as carbon credits. It also has implications for our maritime industry on any future climate agreements.”

“The process used has the potential to be applied to any country around the world and provides another method of calculating greenhouse gas emissions from international maritime trade.”

“Previously, consumers had very little or no independent research to base their decisions on when looking into purchasing one of these systems. Although many questions were left unanswered, hopefully this research has stimulated more interest in the field and may encourage future research.”

Warren was encouraged to take up both research topics by his supervisor, Dr Inga Smith, whom he describes as supportive, approachable and very interested in his projects and their findings.

His research has lead to three papers in peer-reviewed international journals with Warren as first author — two from his PGDipSci and one from his ventilation research.

“I’m very passionate about New Zealand issues, so it was great when this research came up. Very little had previously been done in either field. I also had external parties supporting and encouraging the research — the Ministry of Transport for the shipping emissions, and EECA for the mechanical ventilation research.”

Currently on his OE in Europe, Warren says he saw his PGDipSci as a stepping stone to further postgraduate studies, which he hopes to continue in a couple of years.

His choice of Otago for a Bachelor of Science majoring in Energy Studies, arose from friends’ recommendations, the fact the University offered courses he was interested in, and Dunedin’s location being a good base for snowboarding, surfing and mountain biking.

“My years at Otago were a lot of fun, and each year was a different experience. As an Otago graduate, I feel I’ve become a more rounded person. I didn’t only take away knowledge, but many life skills as well.”