Quakes and distance, but still PhD 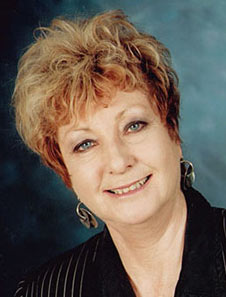 Completing a PhD by distance, with your campus and supervisors 360km away, would daunt many – but for Dr Anna Crighton (QSO) it was a series of major earthquakes that nearly overwhelmed her, turning her out of her home and placing her main research sources off limits.

Anna is the proud holder of a University of Otago PhD awarded with distinction in 2012. Through Otago’s Department of History and Art History she spent four years from 2008 researching and preparing her thesis ‘The selection and presentation culture of the Robert McDougall Art Gallery, Christchurch, New Zealand, 1932-2002’ from her Christchurch base.

Anna has a deep involvement in Christchurch’s heritage and arts. Since the 1990s she has taken an active role in several trusts and organisations involved in the preservation and promotion of historic buildings and art.

A great admiration for Otago’s Associate Professor Mark Stocker as a supervisor, and a respect for the University of Otago led Anna to choose a distance option for her PhD after she noted a gap in art galleries’ information about artwork selection.

“Public art galleries tend to publish on works in their collection – dissemination of artist, title, image, etc. But almost none of them relate why that particular work was chosen and how – the culture behind the selection.

“I had also held the position of Registrar (Collections Manager) at the Robert McDougall Art Gallery and enjoyed the back stories to the paintings – the stories the public did not get to know about.”

Anna says the initial challenges of working though her PhD by distance learning were few.

“I visited Otago regularly to meet with my supervisors and discuss progress, review work done to date and complete quarterly checks. I did miss the campus life though.

“Otago’s Information Technology Services were extremely helpful in providing me with technology, and information regarding the use of End Note (software used to manage bibliographic citations). I also received notices of PhD courses about how to start, what to expect along the way, how to finish, etc. I traveled to Dunedin and attended most of these courses, which I found invaluable.”

And then the quake struck...

But then, as Anna reached the final stages of her research and writing of her thesis, a 7.1 magnitude earthquake hit Christchurch on 4 September 2010.

“My central city Victorian townhouse was severely damaged but still habitable. I continued as best as I could with my thesis, but without access to two important areas for research information: the Christchurch City Council archives and the University of Canterbury library and archives.

“On 26 December 2010, a large aftershock hit Christchurch and my house was much more seriously affected. This inevitably resulted in a temporary lull in my work.

“I was back into a good writing routine when a 6.3 magnitude earthquake hit Christchurch on 22 February, 2011, causing death, injury and widespread destruction. I had to immediately evacuate my house. Fortunately, I was able to retrieve my computer and the safe in which I had Chapters 1–6 in revised form, but not yet entered onto the computer.

“Unfortunately, all my research material and notes, including those for the introduction, conclusion and epilogue, were left in the house and inaccessible. I then had to rethink hours of planning and rewrite my notes.

“The central library of Christchurch City Libraries, which had been an invaluable source of information to that point, was now closed, as were The Press archives. However, the Christchurch Art Gallery Library and Archives remained open and I made good use of them over the next months. Then another 6.3 magnitude earthquake on 13 June 2011 meant I lost access to this source. I then sought and was given a six month break.

“Despite this the first complete draft of my thesis was presented to my supervisors in October 2011 after a huge effort to complete.

“The encouragement I received from all staff - from my supervisors to the then-Graduate Research Services Director Charles Tustin- was hugely important at a time when I had little energy and motivation.”

Anna is current President of Historic Places Aotearoa and she chairs the Canterbury Earthquake Heritage Building Fund Trust. She says her PhD skills are constantly in use– the self discipline, the honed research abilities, the experience gained from personal interviews and the sheer joy of completing such a project carry her happily through the day to day living she now enjoys.

Cambridge Scholars Publishing is bringing out a book based on Anna’s PhD thesis.