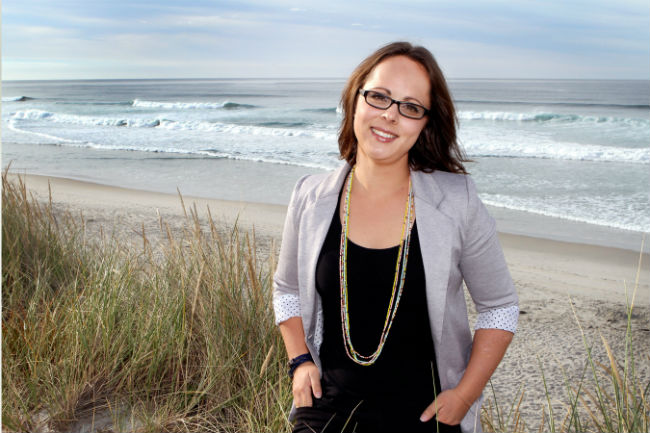 Being attacked by a shark at age 13 and watching herself heal afterwards formed the basis of Otago PhD candidate Jenny McDowell’s fascination with the ocean and the human body. It also fostered her ambition to become a marine forensics and disaster victim identification expert.

Jenny explains, “Simply, I am looking at how juvenile pig bone dissolves in water and trying to use that to help in victim identification in terms of giving a time line of how long a human body may have been in the water.

“Until now people have barely studied juvenile decomposition. It turns out there is a huge difference. We are getting a significant amount of dissolution in the first six months that in an adult doesn’t happen in a year. We did not anticipate this. We found there is no baseline to work from – so I am trying to create that baseline.”

“Supervision-wise, I am only just getting back on my feet. I now have a head supervisor, the new SJWRI Director Professor Richard Cannon, and three co-supervisors to cover the four fields my research crosses.”

Find out more about the Sir John Walsh Research Institute