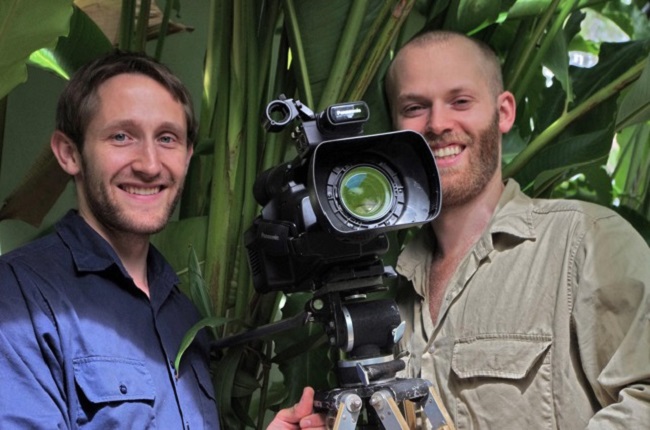 Messers Katz and Mayo describe ‘Wild Wet’ as a story about the world's most ancient rainforest, in Queensland, Northern Australia, home to some of Earth’s most unusual and inventive animals.

Mr Katz, of Germany, says the documentary focuses solely on wildlife and does not include any people.

Letting the rainforest speak for itself

“Rather than make a film loaded with direct conservation messages, our goal was to showcase an incredible part of the world and let its beauty and intrigue speak for itself.”

Mr Katz and Mr Mayo, of Australia, met when partnered on the Science Communication Masters course, and discovered a mutual love for rainforests.

Raising money via a crowd-funding campaign was just one of the film-making hurdles the pair had to leap. As Science Communication course film equipment doesn’t leave the country, they also had to source, buy and sometimes make all their own gear.

“But this win has been a very humbling experience. It’s been fantastic to get recognition for what was a very intense year of filming and production,” he says.

Mr Katz says, “My personal highlight was filming the majestic cassowary with its massive claws and legs. Despite its size, it was moving so elegantly and silently through the forest, while we got constantly trapped in the vines and spines.”

Centre for Science Communication Director of Filmmaking Ross Johnston says the win means “that the amazing tradition of natural history and science filmmaking continues at Otago. I’ve worked in the industry for over 30 years and every year I’m stunned by the quality of work these students produce.”

Mr Katz previously studied Biology, with his research taking him to Costa Rica and Tanzania. Mr Mayo studied Zoology in Cairns, Queensland, and fell in love with rainforest plants and animals. Both decided wildlife film training at Otago was their next step.

Mr Mayo is now saving to make a new film and Mr Katz is working as an intern for a German crew making a New Zealand wildlife film.

Learn more about the Centre for Science Communication.