Turning an anatomy degree into a nursing one

It’s not often patient forms and paperwork inspire a person’s career decision, but for Master of Nursing Science student Rachel Sanders, the clinical details on diagnostic laboratory forms sparked an ambition to know the reality behind the words.

Raised to be politically aware, and deeply interested in technology, Ciaran Cullen’s choice to research cyber security threat for his Master of Politics, is no surprise.

Master of juggling work and study

Jacqui Edwards cheerfully says pursuing a Masters of Applied Science while working 40 hours a week is “a special kind of crazy”. 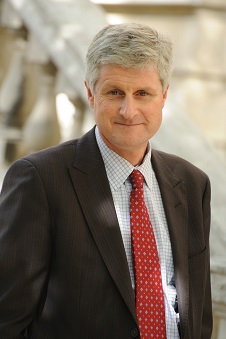 Achieving Excellence – advancing health at home and around the world.

Postgraduate study at Otago is opening doors for our clinical colleagues in the Cook Islands, Samoa, and elsewhere in the Pacific. Otago is proud to work with our Pacific neighbours to assist in health workforce development in the Pacific, and to improve the quality of health services for Pacific communities in New Zealand.

From Otago to Harvard
Sophie Gilmore included an ‘outside the box’ writing sample in her application to Harvard University's PhD Programme in Film and Visual Studies, which may have contributed to the Otago Art History Masters student’s success.

Postgraduate Open Day 2016
Otago offers courses ranging from a semester to several years, and from a postgraduate certificate through to a PhD. It is New Zealand’s premier research university and offers unparalleled access to world-class academics in a full range of qualifications.

Smoking the competition
University of Otago Chemistry PhD candidate Beth Lippitt has won the People’s Choice Award in AMP IGNITE, an annual event where PhD students pitch their research as a performance piece before a live business audience.