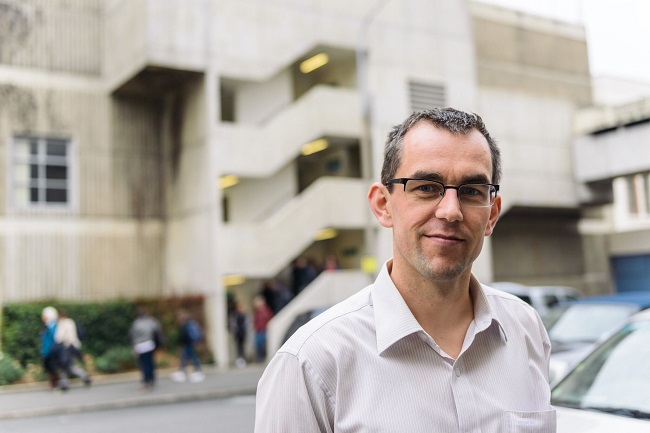 Dr Brent Hyslop has delighted Otago’s Bioethics Centre and the Faculty of Law by winning two highly regarded essay prizes; both entries written while studying for his Postgraduate Diploma in Bioethics and Health Law.

It is thought by Centre staff to be the first time one of its students has won both essay prizes. Late last year Brent, a Geriatric Medicine specialist, won the Asian Bioethics Review First Prize 2016 for ‘Older people and driving: the need for a welfare perspective’. He also received the Student Essay John McPhee (Law) Prize at the 2016 Australasian Association of Bioethics and Health Law Conference in Melbourne for his paper entitled ‘Decision-making capacity and unusual beliefs: two contentious cases’.

"...questions often arise around decisions about whether a person should continue driving, and how that should be dealt with..."

“They said the ‘Older people and driving’ one was quite a novel area to write about,” he recalls. “For clinicians like me, working in older people’s health, questions often arise around decisions about whether a person should continue driving, and how that should be dealt with. It’s quite a common dilemma for practitioners, and topical in the media.

“The other paper compared two legal cases quite similar in structure, where the assessment of decision-making capacity literally had life and death significance, but different judgments were reached in the courts – in one case the judge decided a person was ‘fit’ to make decisions, in the other they weren’t. In one of the cases a lady said she wanted to stop dialysis, meaning she would die. According to the law, the judge should only focus on her ability to make the decision not on what she decides. I tried to show that in practice it may be extremely difficult to separate these things when a person holds unusual beliefs, as in these two cases.”

Brent says the postgraduate course, and the Masters of Bioethics and Health Law he has transferred to, have exposed him to the kind of multidisciplinary thinking that “definitely influenced” the papers.

“Within the staff and students a whole variety of backgrounds are represented. There are lawyers, philosophers, sociologists and people from various clinical backgrounds. [It will affect] my interactions with lawyers and other professionals when I return to clinical practice – I think we’ll be able to work more collaboratively.”