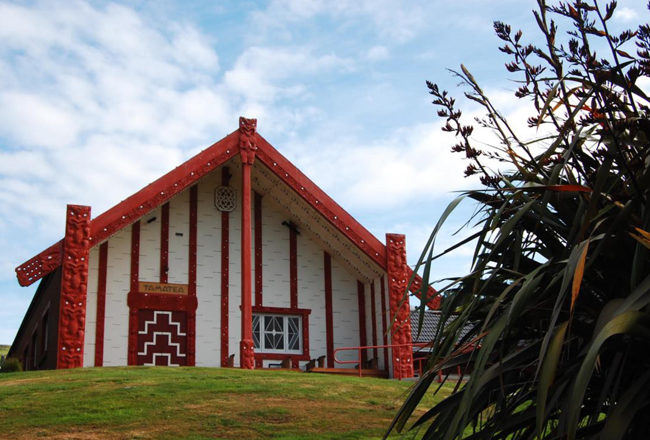 Today there are some 800 Māori with PhDs. Ngā Pae o te Māramatanga, Aotearoa New Zealand’s Māori Centre of Research Excellence’s goal is to raise number to an interconnected whanau of 1500 scholars and decision makers, with Otago as a major partner.

That growth is fully supported by the Tertiary Education Commission, which granted Ngā Pae o te Māramatanga’s (NPM) a Centre of Research Excellence (CoRE) a further contract of $25 million over five years from 2016.

NPM Co-director and Otago Faculty of Law Professor Jacinta Ruru stresses that to fully bear out NPM’s vision statement – ‘Māori leading New Zealand into the future’ it is critical that Māori be engaged in research and decision making in all disciplines and in all sectors.

"We ensure [students] can make multidisciplinary connections with each other, and with our nation’s senior Māori researchers."

“NPM’s research programme is Māori designed and led,” says Professor Ruru, “with an emphasis on creating connections with all those encompassed by the Centre. Our Research Partners purposely embrace the spectrum of Māori research strength across New Zealand and consist of: eight NZ universities, two wānanga, two Institutes of Technology, a Crown Research Institute, two museums and six research institutes (three tribally-based, two independent Māori and one independent).

“This is really valuable and exciting for all our Māori students coming in to post graduate study now. We ensure they can make multidisciplinary connections with each other, and with our nation’s senior Māori researchers, right across the Sciences, Humanities and Commerce.”

NPM has set up Mai Sites at several academic institutions to act as hubs of activity. It also runs an interdisciplinary three-day workshop series, internships, webinars and conferences to bring Māori students together with national and international Indigenous scholars. Two internationally peer reviewed academic journals have been created to offer high quality forums for Māori research publication. A suite of grants and awards now contribute towards ensuring Māori research and researchers success.

Professor Ruru says, “We want to create opportunities for Māori postgraduates to make connections with leading Māori scholars. We want to grow the number of Māori who want a career in academia and research”.

“The CoRE funding means we have the capacity and ability to celebrate and inspire Māori research, even down to the basics of considering ‘what are our transformative Māori research theories and methods?’. NPM has led New Zealand in developing a whole new infrastructure. Laying this ground work has been an immense task, but with it we will provide a durable growing legacy of Māori research.”