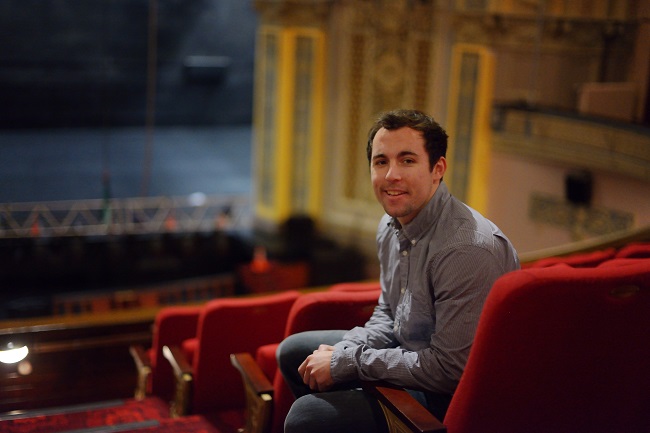 Pennsylvanian Ryan Metzler had a taste of Otago’s Media, Film and Communication Department (MFCO) on an undergraduate exchange in 2012.

When a Fulbright Scholarship gave him the chance to return for his Master’s he grabbed it.

“As an Art History/Visual Arts major, I enrolled in Davinia’s Indigenous Cinema paper. The course encouraged me to research Native American cinema when I returned to my undergraduate university, Occidental College, in Los Angeles.”

Ryan made the documentary “Ethnorepresentation” for his undergraduate thesis. Its unique view on Native American representation earned a place in the US 2014 Student Academy Award National Finals, assisting his Fulbright application success.

“I applied for a scholarship to conduct research and shoot a documentary under the supervision of Otago’s MFCO department. Both my film and research aligned well with a Master’s thesis, so Davinia helped me transition from an independent researcher to a full time Master’s student.”

“Davinia’s positive, caring attitude encourages me to work beyond my comfort zone, and, of course, she’s an expert in her field, which also helps. MFCO’s lecturers want to see their students succeed and they foster collaborative learning.”

Ryan explains, “The documentary profiles Māori artists, but the narrative is ultimately told through their artwork. By incorporating staged performances and other stylistic elements that signify postcolonial narratives, the film embraces art as a tool to promote more diverse representations of Māori men and women that mainstream media tends to ignore.”

Grateful for this opportunity, Ryan adds “Otago’s commitment to research programmes in the Humanities helps students like me pursue a career that is often difficult to obtain.”