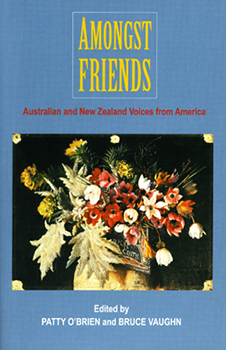 PATTY O'BRIEN is a cultural historian of colonialism, race relations and indigenous histories within a broad arc of imperialism. She is currently an Australian Research Council Future Fellow at the Australian National University College of Arts and Social Sciences, working on a project entitled 'Colonialism, Violence and Resistance in the interwar Pacific: Australia, New Zealand, New Guinea, Samoa and beyond'. She taught at the Center for Australian, New Zealand and Pacific Studies and the Department of History in the Edmund A Walsh School of Foreign Service at Georgetown University Washington DC from 2001 to 2013. In 2011 she was the John I. Kislak Fellow in American Studies at the John W. Kluge Center at the Library of Congress, Washington DC, and in 2012 she was JD Stout Fellow in New Zealand Studies at Victoria University of Wellington.

BRUCE VAUGHN is an analyst in South-East Asian and South Asian Affairs with the Congressional Research Service in Washington, DC. He has taught at the Center for Australian and New Zealand Studies at Georgetown University and was an Ian Axford Fellow at the Centre for Strategic Studies at Victoria University of Wellington in 2012. He spent 10 years as the Senior Defence Analyst for the Embassy of Australia in Washington after completing his PhD in Political Science at the Australian National University in Canberra. He edited The Unraveling of Island Asia: Governmental, Communal, and Regional Instability (Praeger Publishers, 2002) and co-edited The Borderlands of Southeast Asia: Geopolitics, Terrorism and Globalization (Institute for National Strategic Studies, 2011). Vaughn worked on foreign and defence policy issues for the US Senate Democratic Policy Committee, the US Senate Treaty Review Support Office, and the US Senate Select Committee on Secret Military Assistance to Iran and the Nicaraguan Opposition.