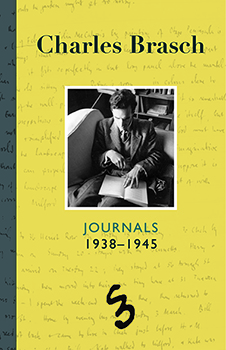 For most of his adult life, Charles Brasch’s most intimate companion was his diary. In these journals, written in London during the Second World War, he is a young man searching for answers. Is he a pacifist? Should he join the army? Is he homosexual? Should he marry? Should he return home to New Zealand when the war ends? Are his poems any good? Some questions are resolved in the course of the journals, others not, but it all makes compelling reading. So, too, do the people we meet in these pages: kith and kin, conscientious objectors, civil servants working at Bletchley Park (as Brasch was to), members of the Adelphi Players, fellow fire wardens, refugees from Europe, and artists and writers both English and Kiwi. As Rachel Barrowman writes in her introductory essay, on his return home Brasch was to hold ‘a central place in New Zealand literary life for two decades’, as founder of Landfall, and as patron, mentor and writer. In these splendid journals, he prepares for that role.

'I have to think about my return to NZ & the possibility of living there; the thought of it haunts me, part vision, part nightmare …' – Charles Brasch, 21.6.42

Annotated by ANDREW PARSLOE, a retired librarian and indexer. For many years he worked as a reference librarian at Dunedin Public Libraries. Andrew prepared the detailed annotations and Dramatis Personnae.