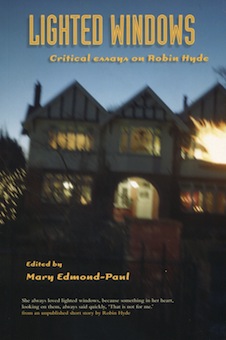 Robin Hyde, journalist, poet, novelist, war correspondent (from China, in 1938) and committed political figure, was central to the movements and debates of a volatile period in New Zealand society.

As a writer Hyde was not afraid to draw on her own experience of the dangers of new-found freedoms for women. This first critical study of the diverse writings of Robin Hyde includes new information on her life and work and studies that enlarge our understanding of a courageous yet vulnerable figure and the vitality, richness and wit of her writing.

MARY EDMOND-PAUL is a senior lecturer in the School of English and Media Studies at Massey University's Auckland campus. She is the author of Her Side of the Story: Readings of Mander, Mansfield & Hyde, the editor of Lighted Windows: Critical essays on Robin Hyde and co-editor of Gothic NZ: The darker side of Kiwi culture (with Jennifer Lawn and Misha Kavka). and co-editor of The New Poets: Initiatives in New Zealand Poetry and New Women's Fiction. Her most recent book is Your Unselfish Kindness: Robin Hyde's autobiographical writings (Otago University Press, 2012).

‘One of the real strengths of this collection is that … a sense of the rich variety of Hyde’s output and the complexity of Hyde herself emerges … Another strength of Lighted Windows is the effort from several contributors to understand Hyde as more than a New Zealand writer, placing her in a transnational context, as a New Zealander engaged imaginatively and actually with other places, cultures and literatures … Hyde deserves writing about her that is as adventurous as she was. Lighted Windows achieves this often' – NZ Books, Winter 2009

'This is a book by specialists for readers who already know much of Hyde's work and life and wish to look more closely ... to the right readers it could offer much.' Scoop Review of Books, April

'Mary Edmond-Paul has gathered an esteemed number of New Zealand and international academics to critique the various stylistic and thematic issues that arise out of the significant wealth of Hyde's writing. It is a tribute to the richness and variety of the writer's contribution to the literature of her nation that each essay covers a unique description of her work and life ... this well-edited selection of essays is a fascinating overview of the vitality, wit and richness of Hyde's literature.' – Wheldon's Reviews, April 2009