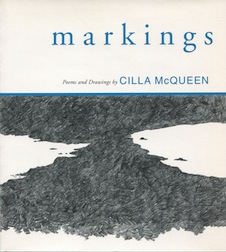 In this fine collection of poems and drawings Cilla McQueen traces the lives and voyages of her ancestors, and the living history of her husband’s people. She herself travels through the fire that destroys her home at Otakou, the autoclave of the central poem, tying together the separate threads of her journey and moving from one harbour to another. The sea is a constant element and balancing this are the poet’s precisely observed images of domestic life and her fascination with the forms and inhabitants of the land.

I am concerned with opposites
And the skin between them

CILLA McQUEEN has published more than 10 collections of poetry, including The Radio Room (Otago University Press, 2010) and the handprinted letterpress limited edition An Island (Mirrorcity Press, 2014). Her most recent publication is Edwin's Egg and other poetic novellas (Otago University Press, 2014). She has been awarded the NZ Book Award for Poetry three times and held numerous fellowships including the QEII Arts Council's Scholarship in Letters, the University of Otago's Burns Fellowship, a Fulbright Visiting Writers' Fellowship to Stanford University and a Goethe Institut Scholarship to Berlin. She was awarded an honorary doctorate in literature by the University of Otago in 2009. In 2010 she received a Prime Minister's Awards for Literary Achievement (Poetry). She lives in Bluff.