Nurse to the Imagination

Fifty years of the Burns Fellowship 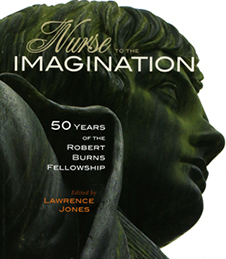 This book illustrates the contribution made to New Zealand letters by our oldest and most prestigious literary fellowship.

Edited and introduced by Professor Lawrence Jones, the anthology, by turns playful and serious, celebrates the Fellowship’s golden jubilee.

Beginning with novelist Ian Cross in 1959 and ending with the 2008 Burns Fellow, poet Sue Wootton, Nurse to the Imagination showcases the output of leading New Zealand literary figures such as James K. Baxter, Michael King and Janet Frame alongside newer voices, with pieces written at the time of the Fellow’s tenure. There are lots of interesting trends here, of which the shift from male-dominated literature up to 1980 to the rich representation of women writers since then is just one.

‘… what a great reference book for all students of NZ’s literary history. Every secondary school, university and public library in the land should have multiple copies.’ – Beatties Book Blog, 12 November 2008

'This substantial volume, with its revelatory portraits of each fellow, becomes a worthy guide to the matters and manners of a half-century of work by some (not all) of our finest writers. Jones notes that women writers have increasingly become Fellows in later years.' – Wairarapa Times-Age, 21 March 2009