Coming Out in the Anglican Church of Aotearoa New Zealand 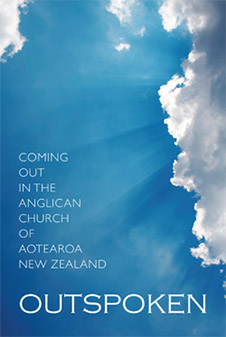 'In 2007, I underwent a crisis of sexual identity. I was married, with two young children, when I became attracted to another woman. The hostility I encountered at the Anglican church I was attending made me curious about other people's experiences. It seemed to me imperative that stories of being gay in the Church be heard, especially in the context of the current maelstrom within the Anglican community in which the Church has been encouraged to undergo a "listening process". This book is the result.'

Outspoken presents the narratives of eleven people who have come out in the Anglican Church in New Zealand, including two ordained church members. The author has written a general introduction, plus an introduction to each individual story and reflections on it. The book closes with a Postscript that discusses truth and the Church; community, belonging and rejection; ideas about hell and damnation; the theology of denial; and the implications and ramifications of the 'Don't ask, don't tell' approach.

The author notes that 'People's lives are sacred ground and the area of sexuality is one where people are arguably at their most vulnerable.' She hopes that this research will contribute to community building within the Anglican Church.

LIZ LIGHTFOOT is the daughter of an Anglican priest. She grew up in Liverpool and immigrated to New Zealand at the age of thirteen. Currently, she lives in Hamilton, where she works as a freelance editor and writer alongside being a mother of two. She is a liturgist within her church community and her work on this book was supervised by Dr John Paterson, Chair of the Human Research Ethics Committee of the University of Waikato's Faculty of Arts and Social Sciences.