The Labour Movement in Australia and New Zealand 1890–1940 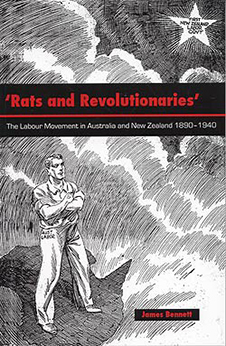 Australia and New Zealand are closely connected by both geography and history. One cultural quality they share is a fixation on what lies to the north, and a 'reciprocal amnesia' about their near neighbours. Few historians in either country have examined the shared history.

In this book, James Bennett looks at the labour movement in the two countries during the period when it was emerging. It formed almost a 'trans-Tasman world of labour', with individuals and institutions making 'trans-national' connections, entering each other's realm through strikes, compulsory arbitration, industrial organisation, conscription and the Depression. He also paints a more general picture of common experience, with the rise of labour movements in each country at the end of the nineteenth century, inspired by northern hemisphere ideas and individuals, and the election of labour governments in the twentieth century.

JAMES BENNETT teaches history and film in the School of Humanities, University of Newcastle, Australia. He is a New Zealander and a graduate of Canterbury University and the University of Melbourne.