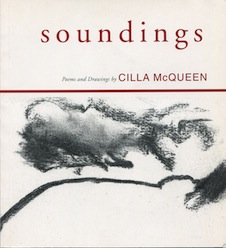 Soundings is another landmark in the development of an important and widely read New Zealand poet. This collection continues and develops the themes of homeland and loss, colonisation and displacement that have been constantly important to McQueen. She writes as a descendant of both the colonised – on far Scottish Islands – and those who colonise – in exploring Richard Greynvile’s handling of the colony at Roanoke in Virginia. Her writing also reflects the history and present reality of the Māori in southern New Zealand.

CILLA McQUEEN has published more than 10 collections of poetry, including The Radio Room (Otago University Press, 2010) and the handprinted letterpress limited edition An Island (Mirrorcity Press, 2014). Her most recent publication is Edwin's Egg and other poetic novellas (Otago University Press, 2014). She has been awarded the NZ Book Award for Poetry three times and held numerous fellowships including the QEII Arts Council's Scholarship in Letters, the University of Otago's Burns Fellowship, a Fulbright Visiting Writers' Fellowship to Stanford University and a Goethe Institut Scholarship to Berlin. She was awarded an honorary doctorate in literature by the University of Otago in 2009. In 2010 she received a Prime Minister's Awards for Literary Achievement (Poetry). She lives in Bluff.