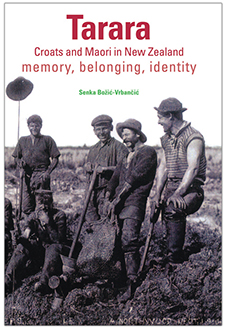 At the turn of the twentieth century, Croatians were migrating from Dalmatia – then part of the Austro-Hungarian Empire – and Maori, having become part of the British Empire, were losing much of their land. All were looking for work. They came together on the gumfields of the far north, digging up kauri gum resin for export.

Many of the Croatians settled and married – some to mail-order brides from home, others to local Maori women – and a unique community was born. Drawing on a range of sources, from official historical narratives on the kauri gum industry, to oral histories, novels, letters, newspaper articles, marriage certificates, and much more, Bozic-Vrbancic examines Maori–Croatian relationships on the gumfields and beyond. This is a significant contribution to ideas about migration and displacement and an important discussion of the impact of different social models – colonialism, assimilation, biculturalism, and multiculturalism – on Maori and Croatian identity and memory. The book is illustrated with historical photographs.

SENKA BOZIC-VRBANCIC is McArthur Research Fellow in the School of Social and Environmental Enquiry at the University of Melbourne. During the last decade she has worked in New Zealand, Ukraine, Croatia and Australia, completing her doctoral thesis on Maori–Croatian relationships at the University of Auckland in 2004. Her scholarly interests range widely, from indigenous and migrant identity formation, the politics of representation, visual culture and diaspora issues, to nationalisms and multiculturalisms. Her research addresses questions of globalisation, home, belonging, community and transnational connections.