The Politics of Indigeneity:

Challenging the state in Canada and Aotearoa New Zealand 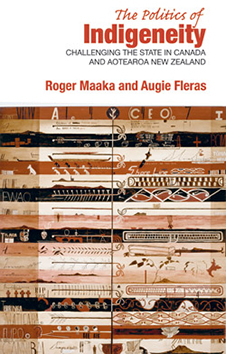 The period 1995 to 2004 was the UN's International Decade of World Indigenous Peoples. This reflected the increasing organisation of indigenous peoples around a commonality of concerns, needs and ambitions. In both New Zealand and Canada, these politics challenge the colonial structures that social and political systems are built upon.

Both countries have accomplished much in their management of indigenous issues. New Zealand has begun to right historical wrongs through treaty settlements and to implement bicultural strategies. Canada is experimenting with self-government for aboriginal peoples. Yet there are still many issues to be addressed, with recent statistics showing indigenous peoples in both these countries struggling to balance functioning in everyday life with preserving their cultures.

By focusing on the present within the context of the past and future, The Politics of Indigeneity casts light on the constitutional politics in both countries that are redefining the relationship of indigenous peoples to the state. A unique and timely discussion.

AUGIE FLERAS is Professor of Sociology at the University of Waterloo, Canada.