The Word Went Round 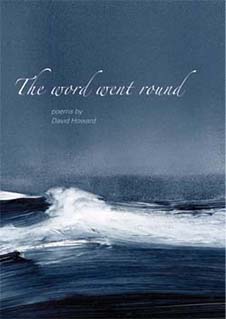 Powerful historical poems about nineteenth-century Irish emigration to New Zealand, the colonial wars, Von Tempsky and Te Kooti, moving elegies for poet/painter Joanna Margaret Paul, the artist Reiko Kunimatsu and the poet's late father, love poems, and meditations on the nature of spiritual existence in the intellectual pressure-cooker of the twenty-first century. Howard's poems are accompanied by a selection of haunting images by the painter Garry Currin, produced to accompany the long title-poem which is the central feature of the book.

this glasshouse is a map of the world
curling aound the poles: America
a perennial at the centre
New Zealand floats in a styrofoam tray

DAVID HOWARD published his first poetry collection in 1991. He is a contemporary writer interested in poetic form and explores the nature of society and history, especially settler history and consciousness. This is his fifth book. He is founding editor of the literary journal Takahe, and has been judge of the New Zealand Poetry Society's annual international competition.