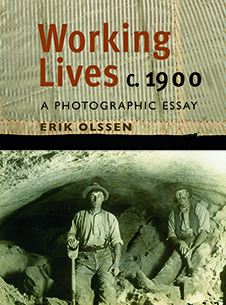 For the men and women of the skilled trades in the early 20th century, the skills and knowledge of their respective crafts were a source of identity and pride. Together with the so-called unskilled, who built the infrastructure for the new society, these workers laid the cultural and social foundations of a new and fairer society.
This book uses photographs to show two processes fundamental to creating a new society: the transformation of swamp into farmland then cityscape, and the transplantation of the knowledge and skill acquired in the Old World that were essential to building a new world.

ERIK OLSSEN ONZM taught at Otago University for 33 years and was Professor of History 1984–2001. He has published over 70 articles and chapters on American and New Zealand history and has also written several books. For over 20 years he directed the multi-disciplinary Caversham Project, the country’s largest investigation of urban social structure.