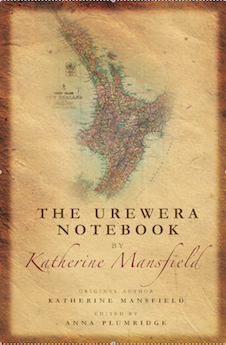 Katherine Mansfield filled the first half of her ‘Urewera Notebook’ during a 1907 camping tour of the central North Island, shortly before she left New Zealand forever. Her camping notes offer a rare insight into her attitude to her life at the time, and her country of birth, not in retrospective fiction but as a 19-year-old still living in the colony.

This publication is the first scholarly edition of the ‘Urewera Notebook’. It provides an original transcription, a collation of the alternative readings and textual criticism of prior editors, and new information about the politics, people and places Mansfield encountered on her journey. As a whole, this edition challenges the debate that has focused on Mansfield’s happiness or dissatisfaction throughout her last year in New Zealand to reveal a young writer closely observing aspects of a country hitherto beyond her experience and forming a complex critique of her colonial homeland.

The quality of the proposal is exemplary ... The editing is impressive and the editor’s approach
imaginative as well as scholarly.
– Vincent O’Sullivan

ANNA PLUMRIDGE is a postgraduate student at Victoria University of Wellington. She has a particular interest in Modernist literature, the literature of Empire and paleography. Anna tutors in New Zealand literature and editing manuscripts as part of a project on The Material Cultures of Early Modern Women’s Writing.