Asians and the New Multiculturalism in Aotearoa New Zealand 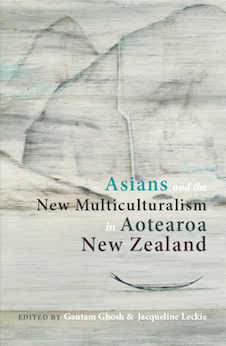 What kind of multicultural framework best suits New Zealand’s rapidly expanding ethnic diversity? Can the Treaty of Waitangi – initially set up to accommodate British settlers and to recognise the tangata whenua – serve as the basis for New Zealand’s immigration policy in the new millennium? Could all citizens embrace multiculturalism?

Aotearoa New Zealand is a fusion of indigenous, settler and immigrant populations. This collection examining Asian communities in Aotearoa highlights the unresolved tensions between a dynamic biculturalism and the recognition of other ethnic minorities that are increasingly asserting themselves.

Multiculturalism and Asian-ness are addressed together for the first time in this articulate addition to the ongoing debate about the population diversity of Aotearoa New Zealand.

JACQUELINE LECKIE is an associate professor and head of department in the Department of Anthropology and Archaeology at the University of Otago. Her books include Indian Settlers: The story of a New Zealand South Asian community, To Labour with the State and several coedited volumes.