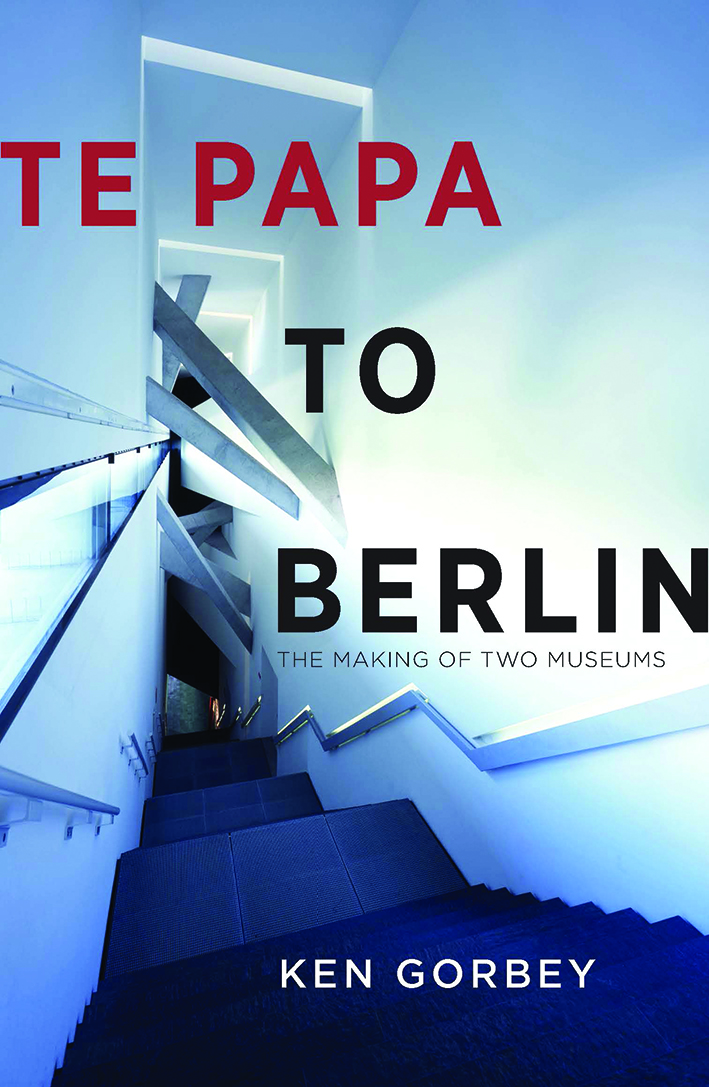 The making of two museums

Ken Gorbey is a remarkable man who for 15 years was involved with developing and realising the revolutionary cultural concept that became Te Papa Tongarewa Museum of New Zealand. Then in 1999 he was headhunted by W. Michael Blumenthal to salvage the Jewish Museum Berlin, which was failing and fast becoming a national embarrassment. Led by Gorbey, a young, inexperienced staff, facing impossible deadlines, rose to the challenge and the museum, housed in Daniel Libeskind’s lightning-bolt design, opened to acclaim. As Blumenthal writes in the foreword: ‘I can no longer remember what possessed me to seriously consider actually reaching out to this fabled Kiwi as a possible answer to my increasingly serious dilemma ...’ but the notion paid off and today the JMB is one of Germany’s premier cultural institutions.

Te Papa to Berlin is a great story – a lively insider perspective about cultural identity and nation building, about how museums can act as healing social instruments by reconciling dark and difficult histories, and about major shifts in museum thinking and practice over time. It is also about the difference that can be made by a visionary and highly effective leader and team builder.

The early Te Papa chapters are gold: revealing accounts of the behind-the-scenes machinations at the national museum that are hitherto undocumented ... The chapters on the JMB and Berlin provide one of the best accounts I have read of creating a museum from the inside. – Conal McCarthy, Director of the Museum & Heritage Studies programme, Victoria University of Wellington

Ken Gorbey is an exceptional figure in the museum world and his role in the creation of Te Papa, a ground-breaking world-class institution, cannot be overestimated. – Barbara Kirshenblatt-Gimblett, Professor Emerita of Performance Studies at New York University, creator of POLIN Museum of the History of Polish Jews in Warsaw

Te Papa to Berlin is a story of learning, adaptation, great accomplishment and personal growth. It is, too, a story of leadership, relevant and instructive for anyone called on to help manage an important enterprise in unfamiliar surroundings. – W. Michael (Mike) Blumenthal, founding director of the Jewish Museum Berlin, former United States Secretary of the Treasury, retired CEO of Unisys Corp

Ken Gorbey was the director of Waikato Museum 1969–83, then played many roles in founding Te Papa. He was Project Director and Deputy President of the Jewish Museum Berlin 1999–2002. Since 1984 he has as run his own consultancy, working around the world on museum, cultural and tourism projects. Ken Gorbey lives in Wellington.