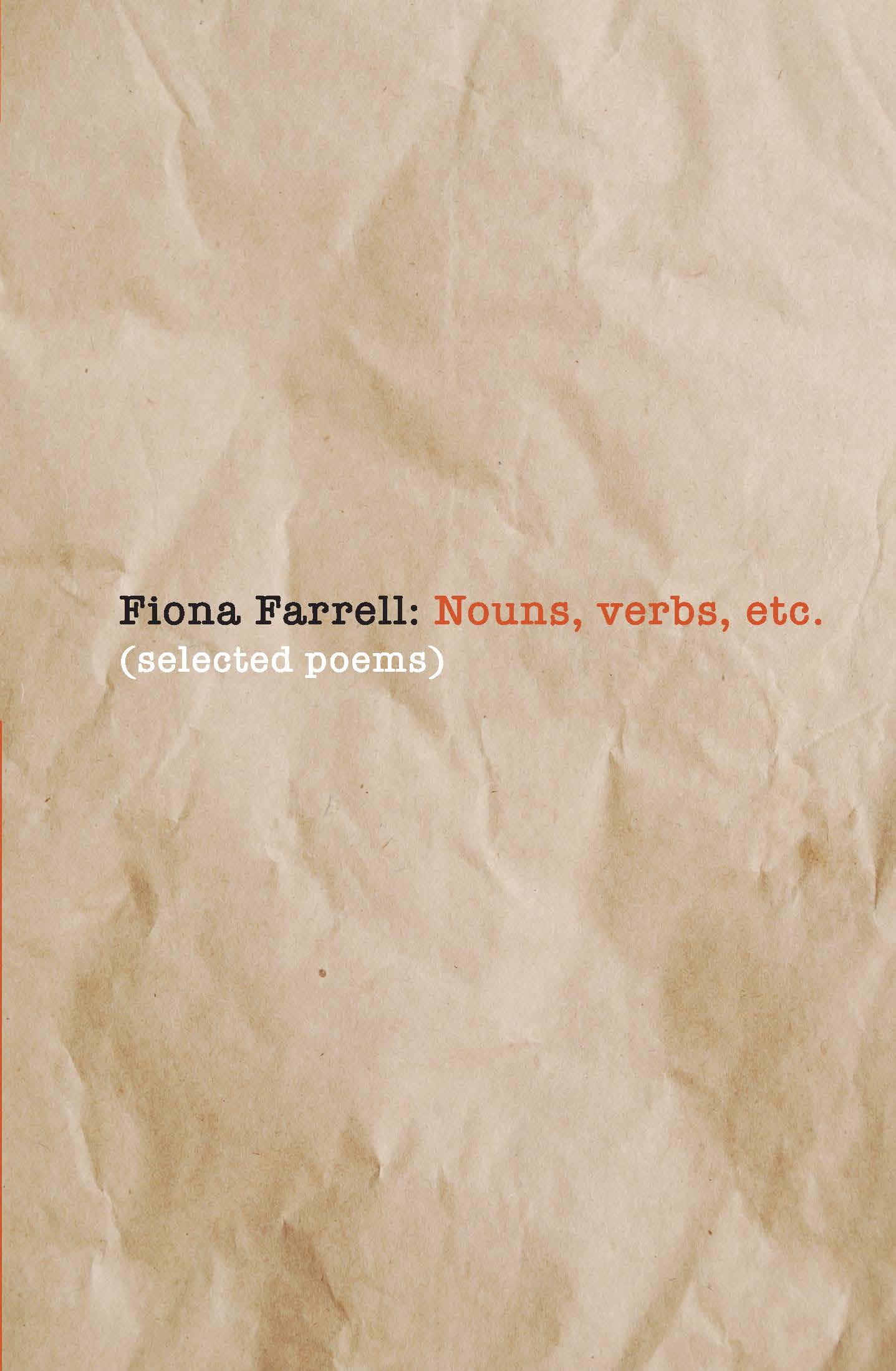 One of New Zealand’s most versatile writers, Fiona Farrell has published four collections of poetry over 25 years, from Cutting Out (1987) to The Broken Book (2011). Nouns, verbs, etc. collects the best work from these books, and intersperses them with other poems thus far ‘uncollected’.

The themes are wide ranging: political and personal, regional and global, including love and birth and death, war and emigration, history and landscape. The poems mix lyricism with the flat and plainspoken mode of Kiwi vernacular; they channel voices infrequently heard in poetry in traditional song and ballad forms. They are well crafted but unpretentious, jokey yet illuminating, self-deprecating but wise, sad and funny and deeply human.

Fiona Farrell’s poems look light and lyrical and tidy on the page, which is the way they manage the storms of feeling that race along their lines. These are poems that know how much we yearn for terra firma yet how often we must deal with broken things. They care about family. They speak against injustice. They also know how to rescue the heart and let it sing. – Bill Manhire

FIONA FARRELL has published poetry, fiction, drama and non-fiction. Uniquely among New Zealand writers, she has received awards in all genres. Her poetry has been shortlisted for the New Zealand Book Awards and has been widely anthologised. Her first novel, The Skinny Louie Book, won the New Zealand Book Award for Fiction. Three later novels have been shortlisted for that award, and five have been longlisted for the prestigious International Dublin IMPAC Award. In 2013 she received the Michael King Award to write twinned books prompted by the Christchurch earthquakes and the city’s reconstruction. The non-fiction work, The Villa at the Edge of the Empire, was shortlisted for the 2017 Ockham NZ Book Awards. In 2018 she edited Best New Zealand Poems for the International Institute of Modern Letters. Farrell has received numerous awards, including the Prime Minister’s Award for Fiction and the ONZM for Services to Literature. She made Dunedin home in 2018.