The Handbook of New Zealand Mammals 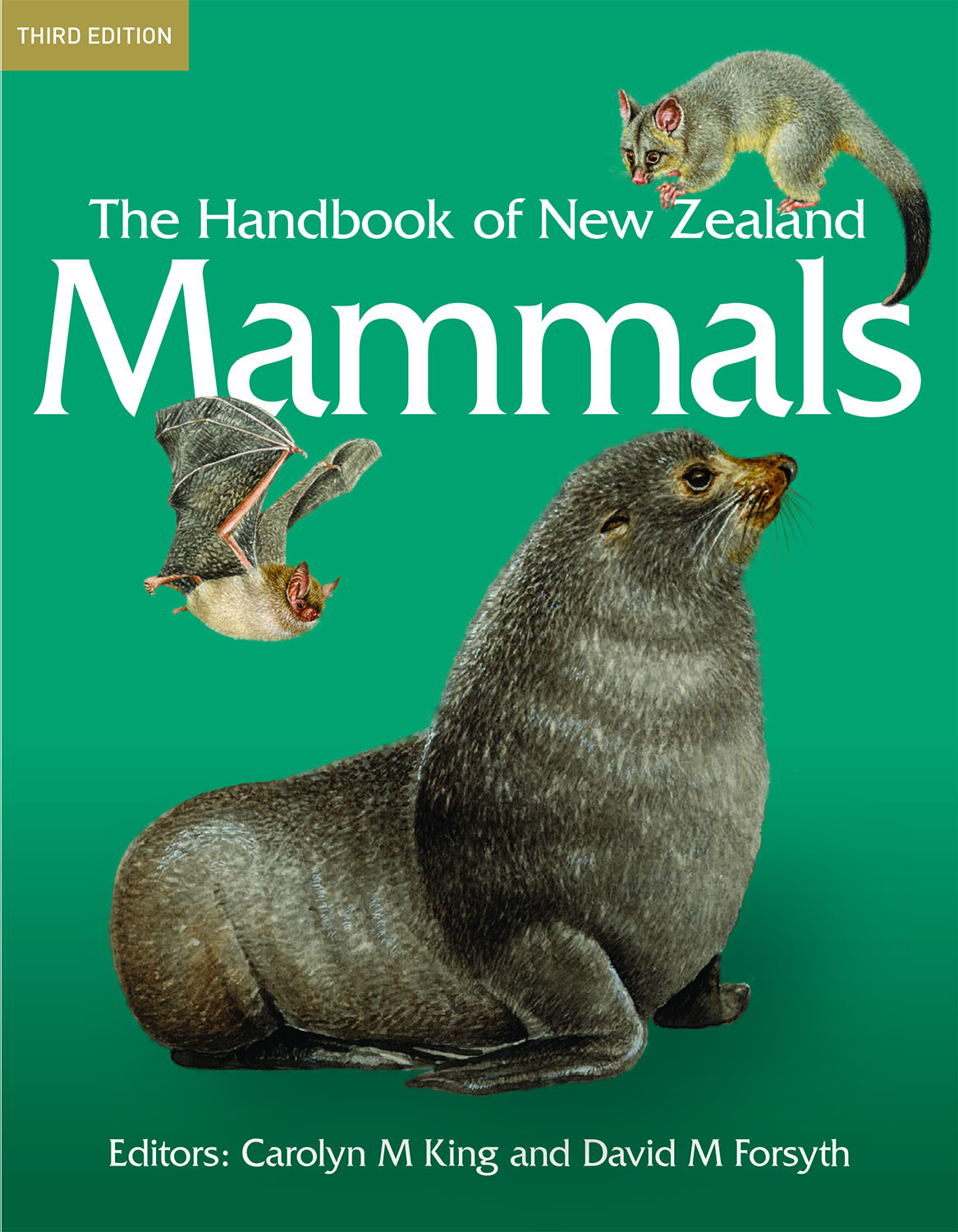 It lists 65 species, including native and exotic, wild and feral, living and extinct, residents, vagrants and failed introductions. It describes their history, biology and ecology, and brings together comprehensive and detailed information gathered from widely scattered or previously unpublished sources.

The description of each species is arranged under standardised headings for easy reference. Because the only native land-breeding mammals in New Zealand are bats and seals, the great majority of the modern mammal fauna comprises introduced species, whose arrival has had profound effects both for themselves and for the native fauna and flora. The book details changes in numbers and distribution for the native species, and for the arrivals it summarises changes in habitat, diet, numbers and size in comparison with their ancestral stocks, and some of the problems they present to resource managers.

For this third edition, the text and references have been completely updated and reorganised into Family chapters. The colour section includes 14 pages of artwork showing all the species described and their main variations, plus two pages of maps.

CAROLYN M. KING completed a DPhil on the ecology of British weasels in 1971, then moved to New Zealand to join the Department of Scientific and Industrial Research’s Ecology Division as a scientist specialising in introduced predators. She edited the first edition of The Handbook of New Zealand Mammals in 1990, and the second in 2005. She taught zoology and conservation biology at Waikato University until 2018, where she continues writing full time as an Adjunct Professor.

DAVID M. FORSYTH is a Senior Research Scientist at the NSW Department of Primary Industries, Orange, NSW, Australia. In 1997 he completed his PhD on the ecology and management of Himalayan tahr and Alpine chamois in New Zealand’s Southern Alps. Subsequently he has worked as a researcher in Canada, New Zealand and, since 2002, Australia. He maintains an active involvement in New Zealand mammalogy through collaborations with the Department of Conservation and Manaaki Whenua – Landcare Research.

Published in association with CSIRO Publishing, Australia. This edition available throughout the world excluding Australia.