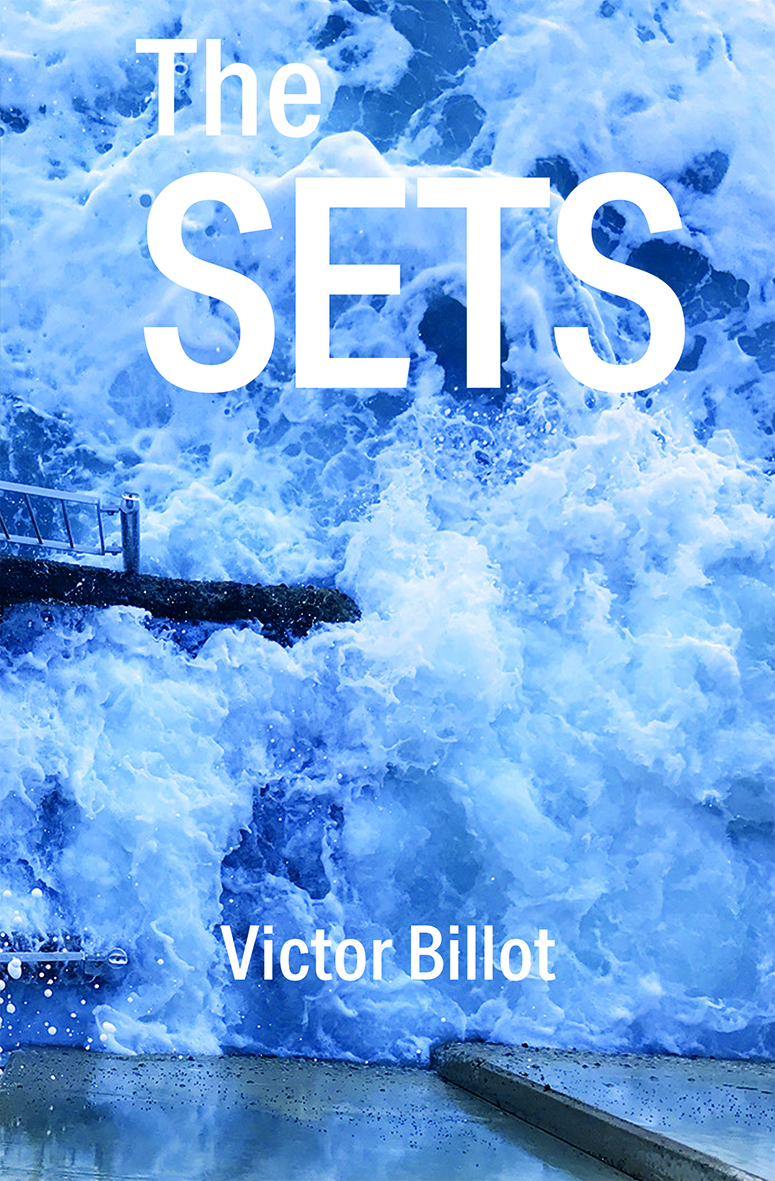 The Sets returns again and again to the ever-present sea – as a metaphor, a mirror, a companion and an otherworld that contains our dreams and nightmares. Dunedin poet Victor Billot finds in the South Pacific Ocean an oracle of the future and a keeper of our histories.

The Sets begins with reflections on the domestic world and the fragility of the family and personal relationships that sustain us, the necessity and refuge of love, and the sometimes catastrophic effects of failure in these relationships.

The collection then shifts towards political and social satire, punching out mashups of fake news and rogue algorithms that mix mordant wit with compressed rage at the banality of humanity’s descent towards oblivion.

From the poet’s coastal childhood to the turbulent post-1980s experiences of his gener-ation, we end with a series of meditations on the ocean as a site of the brutality of globalised capitalism, and a representation of the complex and difficult worlds we carry within us.

In love with language, entangled in the world, Victor Billot’s poetry draws on post-punk music and spoken word performance to create a panoramic extravaganza firing on all cylinders.

He has his finger right on the zeitgeist, and accurately portrays the spirit of our times for New Zealanders ... a very gifted poet who deserves to be widely read. – Laura Solomon, New Zealand Poetry Yearbook 2018

Victor Billot is the real deal ... his poems are tough and tender and wise. – Michael Steven, author of Walking to Jutland Street and The Lifers

This fellow Billot ought to be recognised as New Zealand’s demi-official poet laureate. – Steve Braunias, editor of Reading Room

VICTOR BILLOT was born in Dunedin in 1972. He has worked in communications, publishing and the maritime industry. In 2020 he was commissioned by the Newsroom website to write a series of political satires in verse. His poems have been displayed in the Reykjavik City Hall and in Antarctica.