Can’t Get There from Here 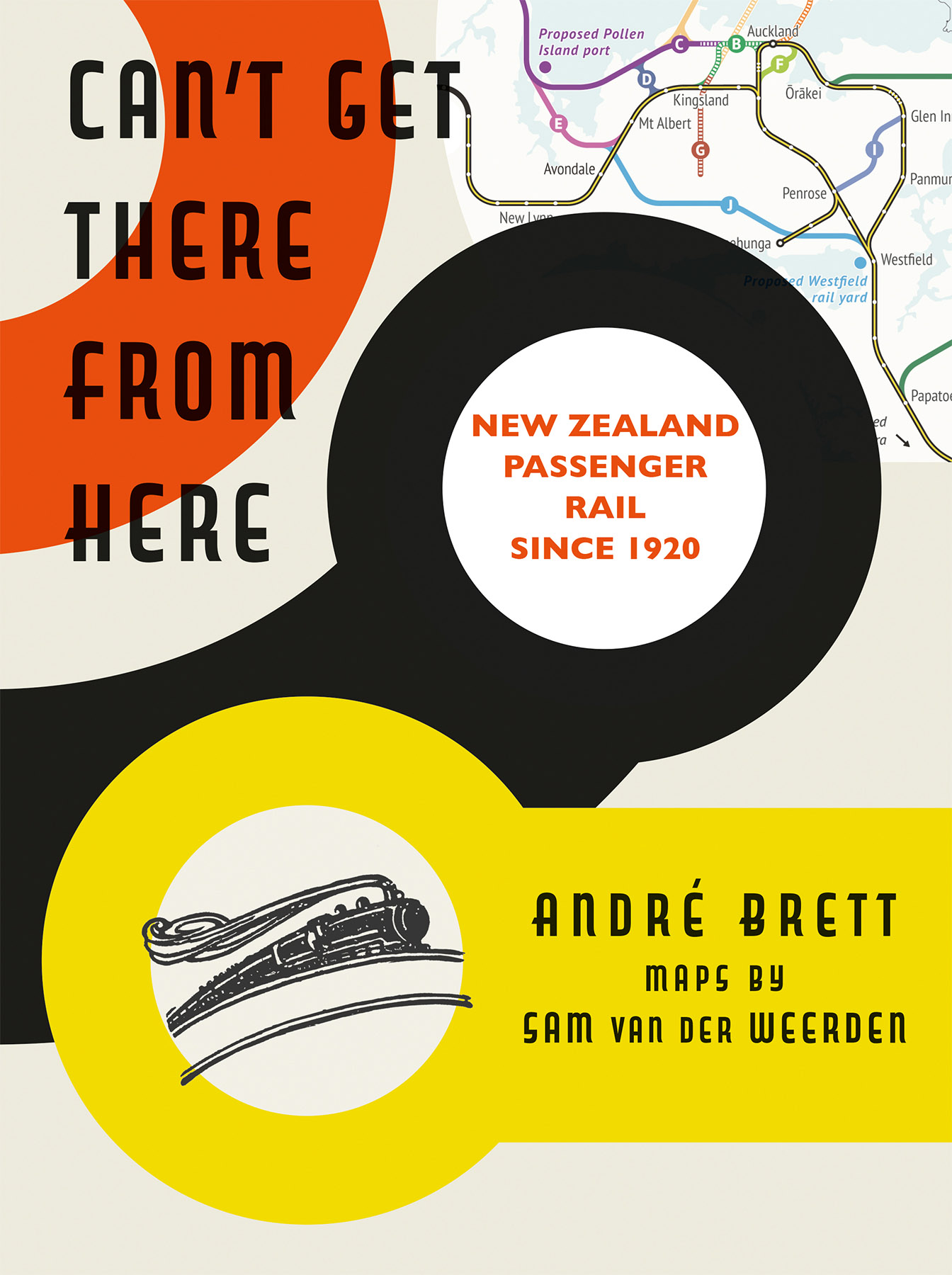 Urban passenger rail patronage in Auckland and Wellington is now booming after many years of decline. Outside these two centres, however, the situation is quite different: intercity and regional passenger rail services are scarce, and no other city possesses suburban rail. Not only does this hamper the mobility of regional New Zealanders, it is incongruous in light of the climate emergency declared by many local councils.

Can’t Get There from Here traces the expansion and – more commonly – the contraction of New Zealand’s passenger rail network over the last century. What is the historical context of today’s imbalance between rail and road? How far and wide did the passenger rail network once run? Why is there an abject lack of services beyond the North Island’s two main cities, even as demand for passenger transport continues to grow? This book seeks to answer these questions.

In this fascinating study, Andre Brett argues that the trend away from passenger rail might appear inevitable and irreversible but it was not. Things could have been – and still could be – very different. We need to understand the challenges that brought passenger rail to the brink of extinction in order to create policy for future transport that is efficient and sustainable.

André Brett is a lecturer in history at Curtin University. In 2021 he received the Australian Academy of the Humanities’ Max Crawford Medal for his exceptional contributions to historical knowledge. This is his fourth book. His many publications on New Zealand and Australian history include Acknowledge No Frontier: The Creation and Demise of New Zealand’s Provinces, 1853–76, also with Otago University Press.