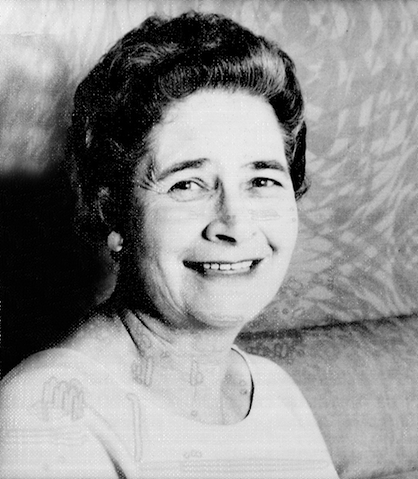 Auckland poet Kathleen Grattan, a journalist and former editor of the New Zealand Woman's Weekly, died in 1990. A member of the Titirangi Poets, her work was published in Landfall and other volumes including Premier Poets, a collection from the World Poetry Society. Her daughter Jocelyn Grattan, who also worked for the New Zealand Woman's Weekly, shared her mother's love of literature. She has generously left Landfall a bequest with which to establish an award in memory of Kathleen Grattan.

This biennial award is for an original book-length collection of poems by a New Zealand or South Pacific permanent resident or citizen. Individual poems in the collection may have been previously published, but the collection as a whole should be unpublished. Entries are accepted until 31 July of the award year and must be received by this date. The result will be announced in the November issue of Landfall, and the winner will receive $10,000 and a year's subscription to Landfall. The award will next be offered in 2023.

Landfall 242 (November 2021) announced Auckland poet Michael Steven as the winner of the Kathleen Grattan Award for Poetry 2021 for his collection 'Night School'. Judge David Eggleton says: ‘The poems in this collection read and feel as if they have been quarried out of silence and watchfulness and long contemplation of the dark night of the soul ... [Steven] writes like someone fleeing an infernal and damned city, one about to be razed by a vengeful Old Testament God, and yet he bears lyrical and eloquent witness.’
Shortlisted in 2021 were Robyn Maree Pickens with ‘Tung’, Rebecca Hawkes with ‘Spittle Glitter’, Nick Ascroft with ‘The Stupefying’, Elizabeth Morton with ‘Naming the Beasts’, and C.K. Stead with ‘Late & Later’.

Landfall 238 (November 2019) announced Lyttelton poet Philip Armstrong as the winner of the Kathleen Grattan Award for Poetry 2019 for his collection 'Sinking Lessons'. Judge Jenny Bornholdt made particular mention of his literary skill and sharp intelligence. 'Armstrong's poems are shapely and interesting – they're written by someone who thinks about how words go together, how a line feels. Craft is what I'm talking about. That old-fashioned word – spending time and care on making something that will last.'
Runners-up for 2019 were Semira Davis for 'Dismantle', Robyn Maree Pickens for 'Every Way of Water', Debbie Broughton for 'Magical Māori Mystery Tour of Wellington', Ben Egerton for 'The Seed Drill' and Janet Newman for 'Unseasoned Campaigner'.

Landfall 234 (November 2017) announced Kāpiti poet Alison Glenny as the winner of the 2017 Kathleen Grattan Award with ‘The Farewell Tourist’, a poetry collection inspired by a visit to Antarctica. The judge of the 2017 Kathleen Grattan Poetry Award was prize-winning New Zealand poet and fiction writer Bill Manhire who says the collection 'pushes against the boundaries of what poetry might be'.
'The Farewell Tourist was the manuscript I wanted to reread most often, each time getting refreshed pleasure from what was already familiar, and also finding new things to enjoy and admire.'
The four runners-up were Nick Ascroft with 'Moral Sloth', Tom McCone with 'ell yrs', Philip Armstrong with 'Orpheus in Pieces' and James Norcliffe with 'Deadpan'.
'The Farewell Tourist' was published in 2018.

Landfall 230 (November 2015) announced Michael Harlow as the winner of the Kathleen Grattan Poetry Award with his collection Nothing for it but to Sing. According to judge Emma Neale, Harlow ‘is a poet with such a command of music, the dart and turn of movement in language, that he can get away with words that make us squirm in apprentice workshops or bad pop songs … and make them seem newly shone and psychically right.’

Landfall 226 (November 2013) announced Siobhan Harvey as the winner of the Kathleen Grattan Poetry Award with her collection 'Nephology for Beginners'. Judge Jeffrey Paparoa Holman commented: 'Harvey's work came through for me because it seemed to come out of life itself as well as literature and asked things of the reader. This is a powerful and brave collection, exploring the world of autism through a mother's eyes, using the world of clouds as both simile and metaphor.' Cloudboy was published in May 2014.

Landfall 222 (2011) announced Emma Neale as the winner of the Kathleen Grattan Award 2011. Her book, The Truth Garden, was published in July 2012. The judge of the 2011 competition was Poet Laureate Cilla McQueen, who commented: 'The breath held or expelled in wonder, frustration or delight energises Emma Neale's writing.'

Landfall 220 (2010) announced the 2010 winner of the Kathleen Grattan Award, judged by Vincent O'Sullivan: This City by Jennifer Compton. Compton's volume 'sustains a questing, warmly sceptical mind's engagement with wherever it is, whatever it takes in, and carries the constant drive to say it right,' said O'Sullivan.

Landfall 218 (2009) announced the 2009 winner of the Kathleen Grattan Award, judged by Ian Wedde: Stunning Debut of the Repairing of a Life by the late Leigh Davis. This book was published by Otago University Press in July 2010.

Landfall 216 (2008) announced the inaugural winner of this award, judged by Fleur Adcock: The Summer King by Joanna Preston. This collection was published by Otago University Press on Montana NZ Poetry Day in 2009 and subsequently won the Australian Mary Gilmore Award for best first book of poetry.