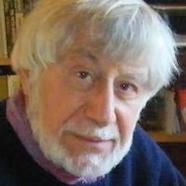 Michael Harlow has won the Kathleen Grattan Poetry Award 2015 with his collection of poems Nothing For It But To Sing.

‘Michael Harlow’s poems,’ says Emma Neale, judge of this year’s Grattan Award, ‘are small detonations that release deeply complex stories of psychological separations and attractions, of memory and desire. This is a poet with such a command of music, the dart and turn of movement in language, that he can get away with words that make us squirm in apprentice workshops or bad pop songs – heart, soul – and make them seem newly shone and psychically right.’

On hearing the news Michael Harlow said, ‘I’m absolutely delighted particularly because it involves publication with Otago University Press. It will be wonderful to be on the OUP list.’ Michael was at a World Poetry Festival in Romania when he received the news. Commenting on the $10,000 award money he said, ‘it will buy time – the thing that all writers need. I’m planning to use the time to work on a book of prose poems.’

The Kathleen Grattan Award is one of the richest poetry prizes in New Zealand. Otago University Press accepts the winning manuscript for publication and the winner also receives a year’s subscription to Landfall. Auckland poet Kathleen Grattan, a journalist and former editor of the New Zealand Woman's Weekly, died in 1990. Her daughter Jocelyn Grattan, who also worked for Woman's Weekly, shared her mother’s love of literature. Jocelyn generously left Landfall a bequest with which to establish an award in memory of her mother. Previous winners are Joanna Preston (The Summer King, 2008); Leigh Davis (Stunning Debut of the Repairing of a Life, 2009); Jennifer Compton (The City, 2010); Emma Neale (The Truth Garden, 2011) and Siobhan Harvey (Cloudboy, 2013). The biennial award will next be granted in 2017.

Michael Harlow has published ten books of poetry: Giotto's Elephant (AUP, 1991) and The Tram Conductor’s Blue Cap (AUP, 2009) were both finalists in the national book awards. Harlow has held numerous fellowships and residencies including the Katherine Mansfield Fellowship and the Burns Fellowship. In 2014 he was awarded the prestigious Lauris Edmond Memorial Award for Distinguished Contribution to New Zealand Poetry. This year (2015) he received the Beatson Fellowship for writers. Michael Harlow lives and works as a writer, editor and Jungian therapist in Alexandra, Central Otago.