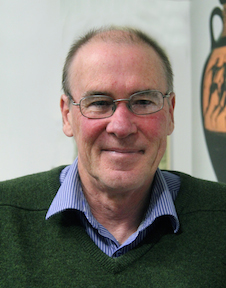 Warmest congratulations to Donald Kerr, who has been awarded the Ian Wards Prize 2016 for Hocken: Prince of Collectors. The award was presented on Friday 26 August at the Archives and Records Association of New Zealand conference in Wellington.

The prize honours the contribution to New Zealand scholarship of Ian McLean Wards, Chief Government Historian between 1968 and 1983. It is awarded annually to an outstanding piece of published writing which in the view of the judging panel also clearly demonstrates exemplary and/or innovative use of primary resources.