The following essay is the winning entry by New Zealand student Andy Xie, currently studying at Columbia University in the United States, in the inaugural Landfall Charles Brasch Young Writers’ Essay Competition. It is published in Landfall 233.

Landfall editor and competition judge David Eggleton described the essay as 'a saga of migration and transformation, of landfall and then further wanderings ... Andy Xie’s essay is also an exploration of idealism and its consequences, told as a personal narrative that describes his parents’ self-sacrifice for the sake of their offspring.' 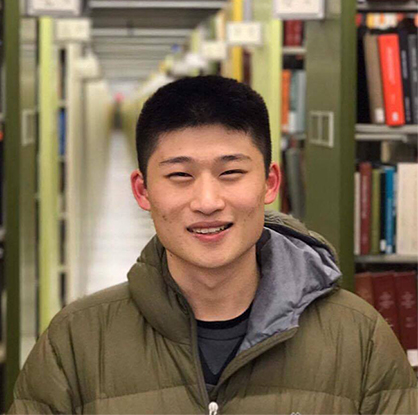 The Māori myth of Aotearoa’s discovery begins with two cousins, Kupe and Hoturapa. Kupe, the bad, betrays Hoturapa, the good. Overwhelmed by his wild lust for Kuramarotini, Hoturapa’s wife, Kupe takes desperate action. Fishing at sea one day with Hoturapa and Kuramarotini, he asks Hoturapa to retrieve his entangled fishing line. With Hoturapa underwater, Kupe seizes his prize. He slashes the line, and drowns Hoturapa. Taking Kuramarotini, Kupe sails away from his home, Hawaiki, where Hoturapa’s vengeful family awaits. Eventually, Kupe finds his refuge in an undiscovered land, engulfed by fog: Aotearoa, the Land of the Long White Cloud.

Despite the contemptibility of its protagonist, Kupe, this myth—The Great New Zealand Myth—transcends fiction, and continues to define New Zealand even now. New Zealand will always be a country of immigrants. The story of Kupe seeking a new home against adversity will always resonate with us New Zealanders, because it is in fact the story of ourselves.

My parents came and brought me to New Zealand sixteen years ago. Like Kupe, but by no fault of their own, their home had become a hostile environment. My parents were university students in 1989. The Tiananmen Square massacre disgusted them to their core. Dad in particular, whose family had been driven into poverty by the Cultural Revolution, could no longer find any meaning, or even rationality, in the Communist Party’s actions. Every day his anger towards the state boiled inside of him. My birth in 1997 convinced my parents to take definitive action. They immediately began to prepare for emigration. So in January 2001, after thirteen hours of tired struggling—against crashing waves below, heavy clouds above, and storming winds all around—my family arrived in New Zealand.

While Kupe fled to Aotearoa in selfish cowardice, my parents—alongside all other immigrant parents—sought New Zealand in brave, selfless love for their child. Kindness is always rewarded. In New Zealand, my parents have enjoyed a freedom that they could not find in China. Dad has rounded himself into a patient but boisterous man. His laugh comes easily with all. Mum, once meek, is quick in wit and fierce in will. She is always pushing herself to do more for those around her. When I look at them now, they shine with a common happiness, as spectacular as it is mundane. I know that they are happy. But I’ve never talked about this with them: I’ve never been able to. We don’t speak the same language.

Often, the parents of young immigrant families must spend vast swaths of time away from their children. Surviving in a new country requires great effort. In our first years in New Zealand, my parents had few friends to lean upon, little money for spending, and barely any skill in English. The only rent they could afford was a garage. At night, we slept on blankets piled on top of each other, to bear the cold concrete floor. Confronted by the sudden worthlessness of their foreign degrees, before they could grasp at financial security, my parents had to reeducate themselves entirely. By day, they studied at Massey University. By night, Mum devoted extra time to studying, while Dad worked late at a pie factory. Their love for me required them to be away from me.

This had the immediate effect of distancing me from my cultural heritage. The harder my parents worked, the fewer my opportunities to speak Mandarin with them at home. With everybody else, I spoke English. Maybe my parents should have tried harder to immerse me in Chinese culture; maybe I should have been a more enthusiastic learner. Maybe, in the end, nothing could have made a difference: maybe the physical absence of my parents was just too great to overcome. I only know for certain that, in those early years of my life, there was the lack of some organising force of character deep inside me—something of which I could understand enough to yearn for, but that still lay impossibly far beyond my grasp. This crisis in personhood is one that all immigrant children must face.

Ripped from my motherland at four years old, an age at which children know only to construct their identity from their surrounding culture, I had no sense of who I should become. What I saw in kindergarten and, later, primary school differed greatly from what I had seen in China. Gingerly, I began testing the boundaries of what was now allowed. I opened up more and more with my classmates and teachers—eventually I even somehow became one of the more outgoing kids in the class. Day by day, I adjusted the parameters for who I could be.

My most significant act of self-creation, however, occurred in those hours of complete isolation, when my parents were away working. Longing for interaction with human personalities, I began to read books—English books. There, I found an infinite number of human voices calling to me, inviting me to enter into their worlds. In my extreme youth, I thought that the pleasure of hearing these voices was quite simply the thrill of experiencing a good story. Now, I know that the true value of listening to these voices lay not necessarily in what they had to say, but in the voices themselves. Reading is the purest communion possible with other human spirits.

My childhood curiosity became my passion. Today I am a student majoring in English at an American university. I can’t see myself studying anything else. But at the moment when I committed myself to studying English, when I submitted my major, I felt neither joy nor fulfilment in the act. All I felt was a sinking guilt in my stomach. How did my parents feel about my decision? Betrayed? Ashamed? Maybe they thought that, in devoting my studies to Western culture instead of Eastern culture, I was wasting all of their sacrifices—that I was somehow renouncing them as my parents.

Of course, in thinking such preposterous thoughts, I had forgotten about their love. Just like Kupe’s love for Kuramarotini, my parents’ love for me is one of self-immolation. This love makes people willing to do anything, to sacrifice everything, regardless of how much harm is wrought upon themselves. For Kuramarotini, Kupe is willing to murder Hoturapa, his own cousin. In fact, by giving up all his powers and ambitions as a great chief of Hawaiki, Kupe even demonstrates his willingness, in a certain sense, to die for Kuramarotini. Although their actions are of a different moral valence, my parents follow in Kupe’s tradition. For me, they were willing to move from China to New Zealand, a country that could not be any more different, to start a new life. Such is the love that all immigrant parents have for their children.

In the end, it was an email from my dad, the first piece of real writing I had ever read from him, that reminded me of this. As I read the email I finally felt the full force of his character. Applying to university in his last year of high school, Dad faced an impossible choice. He could have followed his passion and studied either Chinese literature or journalism. But, as the eldest son of the family, he felt an enormous pressure to study finance, which would easily lead to a well-paid job. For him there was really only one option, and thus no choice at all. It’s a beautiful thing, he wrote, to see a young man doing whatever he likes. Corny, maybe. But his sentiment was genuine. Having had his own choices determined by the accident of circumstance, he was rejoicing that his son had the freedom to make his own choice, and to become himself. It was all that my parents had ever wanted for me.

After exploring the North and South Islands of Aotearoa, Kupe returns to Hawaiki. Once home, he decides to stay there for the rest of his life. But at the same time he gives his fellow countrymen maps describing how to reach the new land. He provides them with a choice, to stay or to go: a choice with profound implications for who they will become. Whether they are Polynesian explorers, European settlers, Chinese goldminers or international migrants of the globalised world, all the immigrant parents of New Zealand leave for their children Kupe’s legacy of freedom. Growing up in a new country—in a clash of culture and, at times, in the physical absence of our parents—immigrant children have no consistent model of identity to follow. But we are all free to create and to become ourselves. Every generation discovers New Zealand in the manner of Kupe. By this, we make New Zealand—which we first encounter as a formless land, obscured by a long white cloud of uncertain possibility—our home, which can become anything and everything that we want it to be.