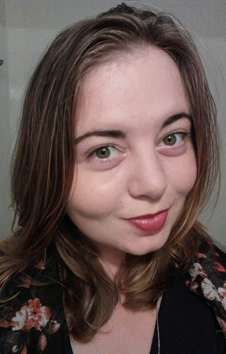 Landfall, New Zealand’s leading journal of arts and literature, is delighted to announce that the winner of the 2018 Charles Brasch Young Writers’ Essay Competition is Aimee-Jane Anderson-O’Connor, whose essay is titled ‘Disappearing Disease’.

In her essay, Anderson-O’Connor notices a cluster of dead bees in her shared student flat; from this she lightly explores mythology and entomology, ‘stirring facts and legend together into a piquant golden melt, honey and salt, always keeping the widening knowledge of bee facts held in a fine net of sharp and particular description’.

Neale says ‘her compelling ability to foxtrot through several tonal changes, yet also inform the reader, show an artistic maturity and agility that it has been energising to see’.

Anderson-O’Connor says ‘it is exciting to receive recognition from Landfall in this competition, which is a great opportunity for young writers.’

Neale says entries were down on last year’s inaugural competition, but there were a surprising number of recurring topics.

Named in honour of Dunedin poet and literary figure Charles Brasch, who founded Landfall in 1947, the essay competition is an annual award open to budding New Zealand writers aged 16 to 21. The winner receives a $500 cash prize and a year’s subscription to Landfall.