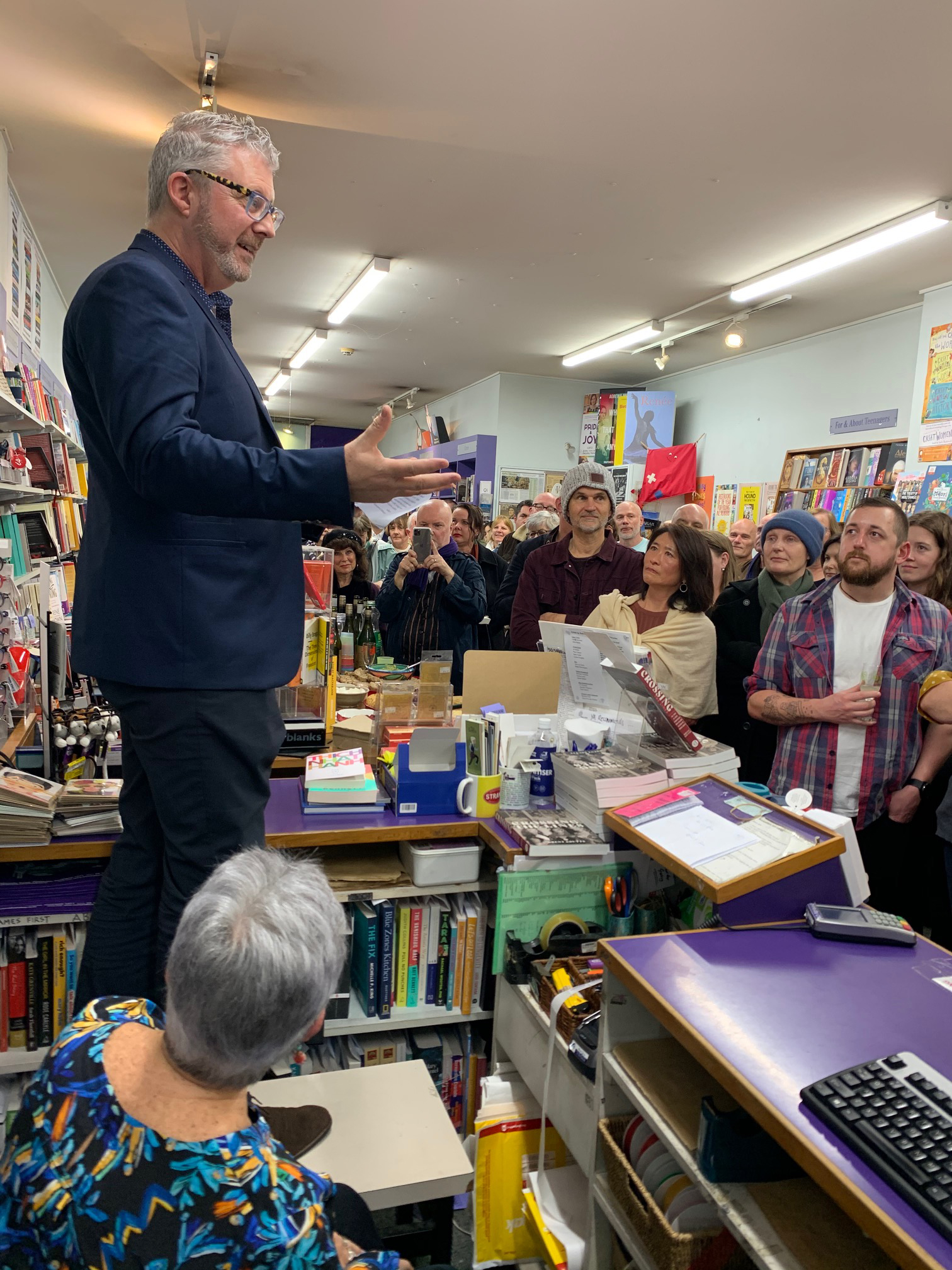 The crowd was out the door at Brent Coutts's launch for Crossing the Lines: The story of three homosexual New Zealand soldiers in WWII at the Women's Bookshop in Auckland this week.

In Crossing the Lines, Coutts brings to light the previously untold history of New Zealand homosexual soldiers in World War II, drawing on the experiences of ordinary men who lived through extraordinary times. At the centre of the story are New Zealand soldiers Harold Robinson, Ralph Dyer and Douglas Morison, who shared a queer identity and love of performance. Through their roles as female impersonators in Kiwi concert parties in the Pacific and Egypt they found a place to live as gay men within the military forces, boosting the morale of personnel in the Pacific Campaign and, along the way, falling in love with some of the men they met.

For more about the book 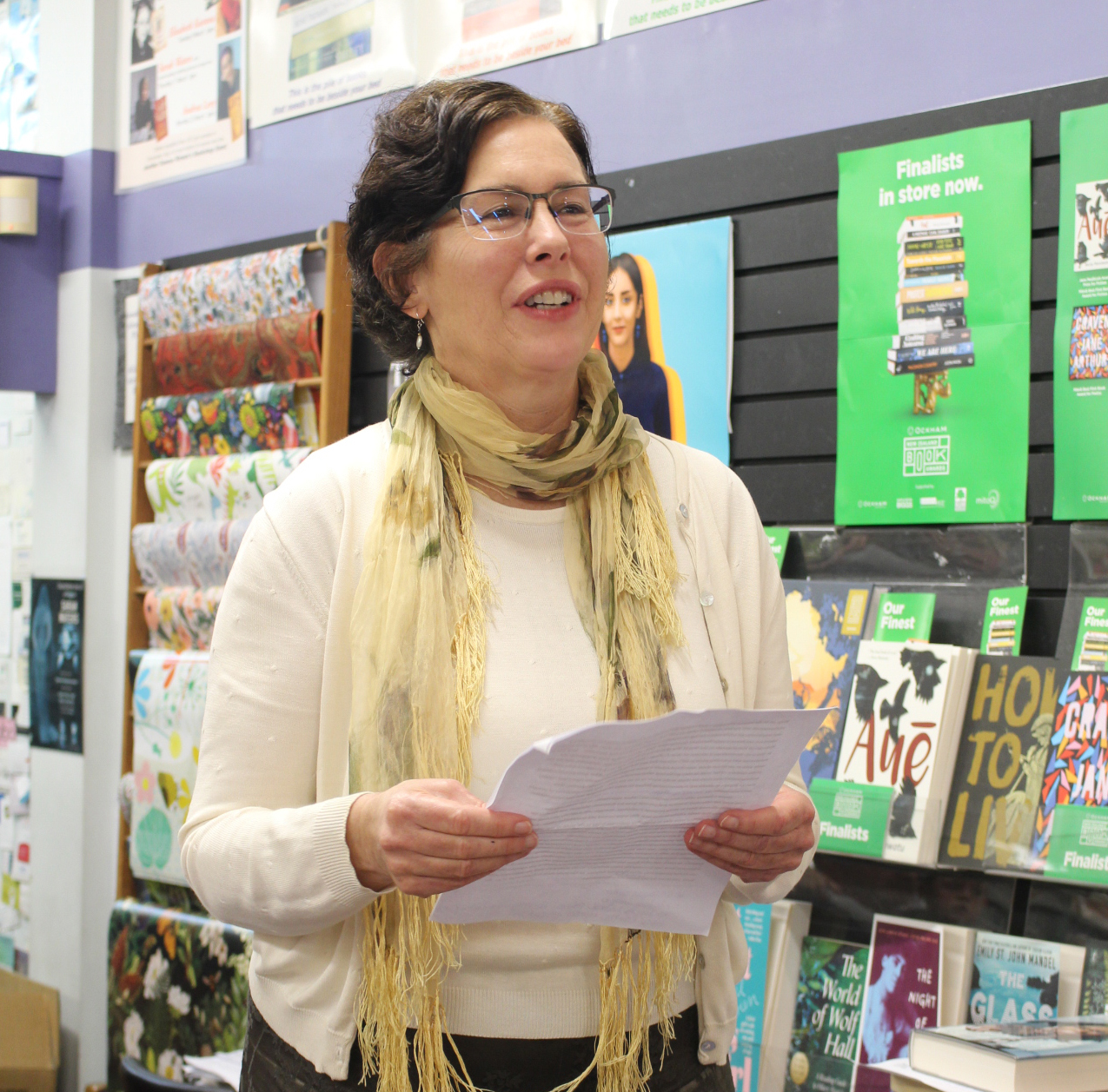 Tena koutou, tena koutou, tena koutou katoa. Ko Jennifer Frost toku ingoa and I teach history at the University of Auckland. I am honoured and happy to be here, to recognize Brent’s scholarly accomplishment and historical contribution with his new book, Crossing the Lines. I like to say I was there at the beginning, because I was — at least in the office across the hall from Brent when he held the Royal Society Teaching Fellowship at Auckland Uni in 2009 and got started on this project.

There is so much to say about this beautiful book, but I’ll start with what Brent has accomplished here. He tells the story of homosexual New Zealand soldiers during World War II, with a focus on three young men, Harold Robinson, Douglas Morison, and Ralph Dyer, who performed as female impersonators—acting, singing, and dancing—in the Kiwi and Tui Concert parties in the Pacific, Middle East, and Italy.

Brent’s research was, to say the least, prodigious. It included oral histories — most of which he conducted himself — and primary sources drawn from the collections of (by my count) 17 archives and libraries in New Zealand and Britain, plus materials he found with individuals or their families. Personal letters and diaries, programs, lyrics, and sketches from the various concert party productions, photographs and drawings, and many military records are all here. Many of them are reproduced in the book, giving us the look and feel of these materials and a sense of personal connection to these men.
Using this wealth of sources, Brent portrays the pre-war, wartime, and post-war lives and experiences of Robinson, Morison, and Dyer in rich detail and engaging prose. This decision to start before and continue after the war was an important one. Rather than showing the war years in isolation, as so many historians do, Brent integrates them into the whole of their lives. Hearing about their youth and family lives, early training in drama and dance, lays the foundation for their experiences as homosexual men and performances as entertainers in the New Zealand military. Their post-war lives also make for interesting, even surprising reading, and the quite sad story of one shows the complexity of real people living their real lives. Throughout the book, Brent also widens his lens to take in the stories of other homosexual New Zealand soldiers. This too was an important decision, as it allows us to see Robinson, Morison, and Dyer in a larger social and cultural context, able to compare and contrast their lives and experiences with those of other men.

Brent tells these stories through evocative descriptions — I love the discussions of their costumes and makeup, which were not easy to put together with materials in short supply and keep on in the heat or humidity — and engaging anecdotes about performances and parties. And heartfelt confessions about romantic relationships and sexual liaisons. He does this with humour and sensitivity, all while interweaving his rigorous scholarly analysis and argument. And this is where we see Brent’s contribution to the historical field. He has added New Zealand to the histories of homosexuals in the World War II military in Britain, Canada, Australia, and the US. In this way, he confirms a number of their findings. That the war was a formative time and experience and a turning point in 20th century gay and lesbian history. That homosexual soldiers were able to carve out queer spaces and create a queer subculture despite the rigors and rigidity of the military. That even as they performed heterosexuality in the concert parties, their homosexuality was there for those in the know or in on the joke. That the willingness of straight men to engage in situational homosexuality helped to make homosexual acts and relationships more acceptable.

Brent’s history offers new insights too. Most importantly, to my mind, was the continuity between their wartime and pre-war lives for Robinson, Morison, and Dyer. This continuity allowed them to bring personal confidence, courage, and creativity into their wartime experiences that made a difference in how they were viewed and accepted by others. I also appreciated how they were able to bring their queerness home in the midst of war, when they performed in New Zealand between deployments. Certainly no small achievement, given the “unremitting homophobia” of the time, in the words of Jamie Belich, whom Brent quotes. So the accomplishment and contribution this book represents are significant.

This book is also a beautiful book—in every way. Congratulations to the University of Otago Press for the production design, illustrations, layout, and inclusion of some of the primary sources Brent uncovered in his research. The book is also beautiful in content. The stories it tells are not always easy, but they are authentic and true, and mostly uplifting. You come away from reading this with a renewed appreciation of the power of individuals and the communities they build to survive and even thrive within difficult and dangerous circumstances. It is also beautiful in spirit, and what Brent has brought to it. He is a generous author and a historian willing to learn from his historical subjects. He came to understand why Harold Robinson rejected an identity defined as “gay” rather than “homosexual” and to accept a more “campy” style than he was used to. Brent’s openness and generosity shine here. I know it’s cliché to say a project like this is a labour of love, but Crossing the Lines—10 years in the making—definitely is. By putting forward the previously unheard voices and perspectives of his historical subjects, he has made them available to all of us. So thank you Brent for this beautiful book, and congratulations. 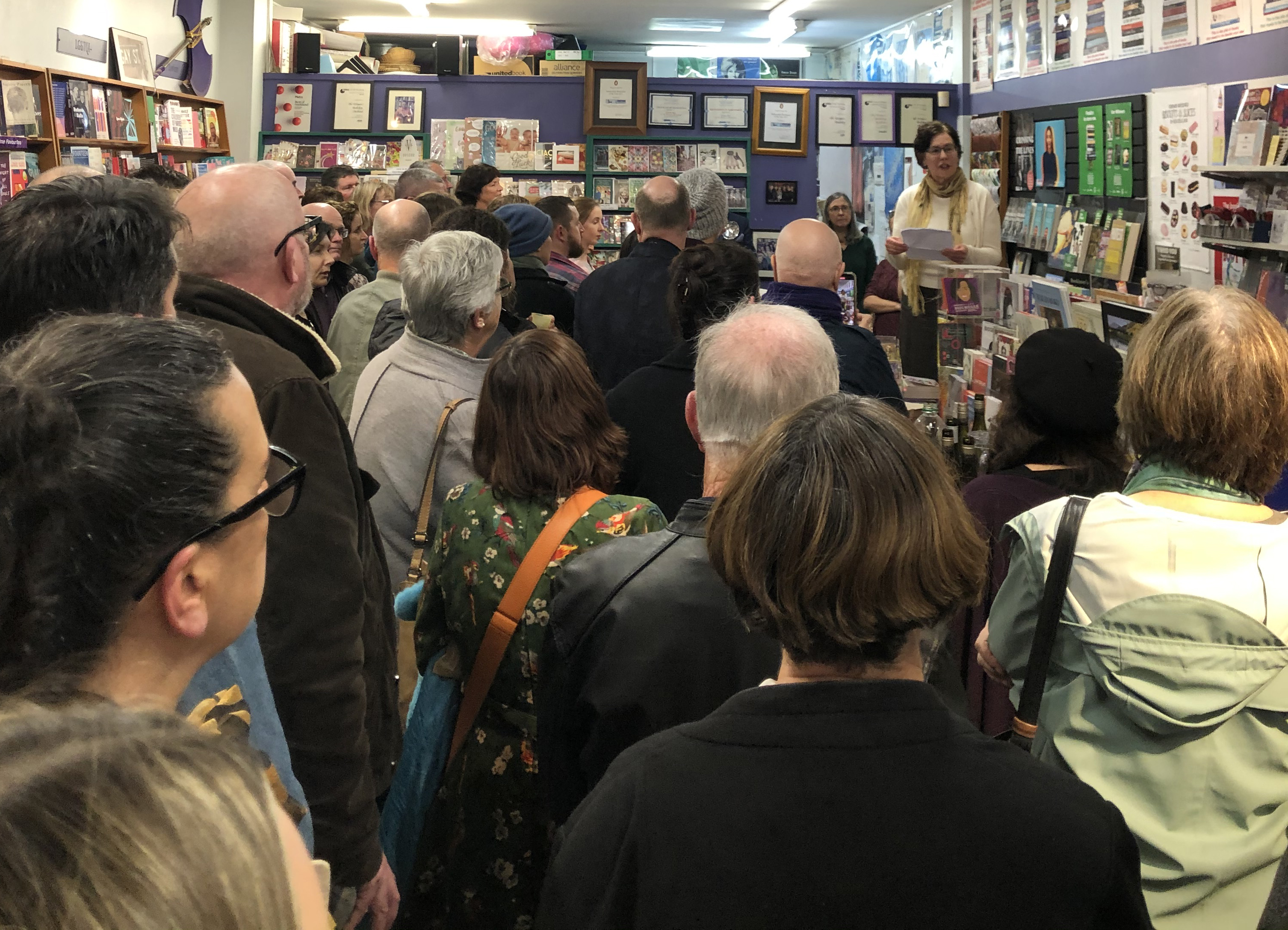